Ted Kelly: Comrades, I wanted to talk about why the bourgeoisie needs fascism, and what that means. I do want to ask comrades about this white fascist movement that attacked the Capitol on Jan. 6. 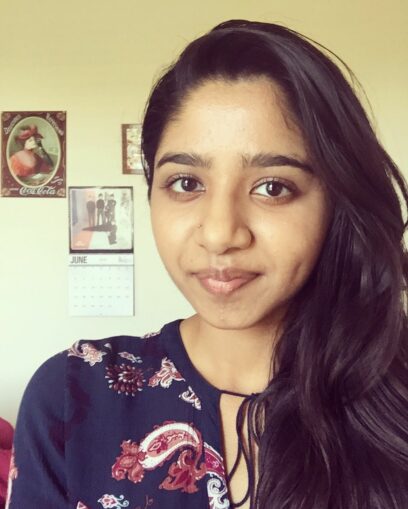 Tania Siddiqui:  I think it’s really important for people to note certain conversations that are taking place within their networks or outside of their networks. And it’s really important for people to pay attention to their own response to what happened at the Capitol. Though I think it’s something that perhaps all of the panelists saw coming, I at least was very surprised at the level of white supremacist violence that was overt. And then the response being “Okay, well, we’re just gonna resume doing whatever it is that we were doing.”

I’m in law school – and  a lot of lawyers are the gatekeepers of the oppressor’s power. When I saw this on the news, I wondered how this would perhaps empower people not just to say things in class, but to see the sort of work that they would do outside of class. There’s an organization at my school called the Federalist Society. I now see discourse arising, validating white supremacist violence. There was actually a question in class about whether a white supremacist should be allowed to practice law. And someone was making the argument, “Yes, absolutely.”

I think [the attack on the Capitol is] an act of desperation by the ruling class, because you see how capitalism is in a decline and right now they’re doing whatever they can to maintain their power. By going to these very desperate acts.

In India, you have a lot of sectarian violence, Muslims being targeted, primarily by [Prime Minister] Modi’s administration. (workers.org/2019/09/43768/) And that was present at the insurrection, or whatever we want to call it, at the Capitol. You saw Indian flags there!

And there was a lot of discourse I saw on different media sites saying [of those flags], “Well, who does this person support? Who could it be?” But it’s clear – because of Trump and Modi’s relationship and how closely the U.S. is now working with India, building up its energy sector – or at least looking like they’re building up their energy sector.

I think all of this is to maintain a level of power. You can also see violence not just in India, but across the border in Pakistan. I recently wrote about the Hazara people in Balochistan in Pakistan, how they’re targeted and the ongoing genocide on their community. (www.workers.org/2021/01/53705/) That’s also a form of sectarian violence.

Because the Hazara people belong to the Shia community. And Pakistan is a predominantly Sunni country. If you’re following where the resources are and where the money goes, coal, granite and different minerals that are very precious are extracted from Balochistan, and then transported to the more wealthy portions of the country. But the Hazara people never see any of that wealth. It’s very easy to disappear workers.

And that’s why it’s so important for workers to really mobilize now. Because you can see that there’s an attack on our class, and the fascists will go to any means in order to maintain their position as it currently is.

Tania: I think it’s really important for us to construct what fighting fascism means. And I think whenever we ask for historic examples, I oftentimes think, especially with our education system in the U.S., we don’t learn history as it truly is. One thing to also talk about whenever raising class consciousness is that political education is huge. It is important for people to understand that joining an organization will also provide those materials, right? In order to understand the U.S. position as an imperialist nation – well, what does that mean? To look at that from a historical perspective, and draw lines in connecting that to what we see today. Whenever we’re talking about the workers’ struggle, I think framing something in a historical context really does call for political education as well.

Ted: That’s such a crucial point, Tania. I know I’ve learned more in my time in the WWP – from comrades, through our newspaper, through the books that we put out, through struggle in the streets – than I learned through years and years of schooling.

Tania: School never taught me about the MOVE bombing [by the Philadelphia police]. Once I joined the party, that’s when I started learning. Even the Free Mumia movement, I did not know about that before talking to comrades. So I think political education is crucial for people – maybe this is a bit off topic. But, for instance, whenever we’re talking about police abolition, I think it’s important to understand how police only serve a ruling class. And what are they protecting? Only private property! To contextualize that, I think it’s important to look at the formation of the police from slave patrols, from [enforcing] chattel slavery, and then talk about modern-day policing, the modern-day enslavement of human beings in the carceral state in this country.

Ted: Right on, comrade. It is never off topic to discuss the police when we’re talking about fascism! And I can tell you, I grew up in Philadelphia, I went to public schools there. Not once in any of my classes did I learn about Mumia Abu-Jamal, or the bombing of the MOVE organization.

Tania: I just wanted to add one quick thing. I think, especially in the midst of a global pandemic, people can feel very isolated because we aren’t organizing like we would without COVID-19. But what I’m hoping is that people who may not be WWP members or candidates – or maybe you are someone who hasn’t worked with the party – you can build where you are and the people will help.

And listen to what you’re feeling, because you should not be working ’til death. Literally, if you think about how Amazon workers are treated, how people at UPS are working, this is not something that is human, it’s not!

And if you feel this way, and there are questions that you have, or you want to build, not just your political education, but maybe you want to help organize workers in your community or at your job, wherever you are – then reach out, because there will be someone, a group of people from our party, who will help you build.

I think for people who are joining the webinar tonight, who may not be a part of an organization, I think it’s really, really crucial that you join a party and build the organization that you join – hopefully Workers World Party – because what is happening in this time is something to be taken seriously.