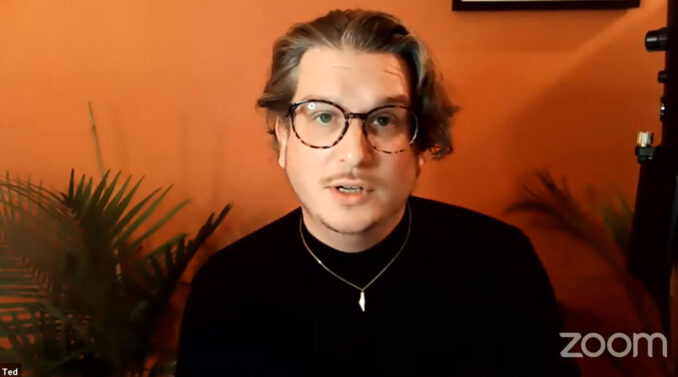 “At the moment that the ‘normal’ police and military resources of the bourgeois dictatorship, together with their parliamentary screens, no longer suffice to hold society in a state of equilibrium — the turn of the fascist regime arrives. Through the fascist agency, capitalism sets in motion the masses of the crazed petty bourgeoisie and the bands of declassed and demoralized lumpen proletariat — all the countless human beings whom finance capital itself has brought to desperation and frenzy.

“From fascism the bourgeoisie demands a thorough job; once it has resorted to methods of civil war, it insists on having peace for a period of years. And the fascist agency, by utilizing the petty bourgeoisie as a battering ram, by overwhelming all obstacles in its path, does a thorough job.” — Leon Trotsky, 1932

It was the working class, the Red Army of the Soviet Union, and thousands and thousands of revolutionary resistance fighters that defeated the Third Reich while the liberal capitalist democracies of Europe either collapsed or collaborated.

It was the revolutionary guerrilla fighters who mobilized the Cuban people of Cuba from the Sierra Maestra to Havana, who overthrew the CIA-backed fascist government of Fulgencio Batista in 1959, and it was the Indigenous-led workers movement in Bolivia that overturned the fascist coup just last year.

Everywhere you look in history, the lesson is clear. The only way to defeat fascism is through organized mass mobilization.

In November 2018, Philadelphia learned this lesson through victory. Mayor Jim Kenney granted a demonstration permit to the Proud Boys, who at the time were only beginning to be reported on in corporate media as a threat, as a genuine white-supremacist group. But we knew that this was a fascist mobilization that would mean violence against oppressed people. If the Proud Boys were allowed to wreak havoc in the city, or even show up uncontested, it would be seen as a demonstration of the strength of their organization and allow them to swell their ranks with more of the petty bourgeois and declassed workers.

Instead, Philadelphia showed up in a massive mobilization that was planned by our branch [of Workers World] working in coalition with allied organizations for months. We outnumbered the Proud Boys a thousand to one. But the day still began with a huge act of violence — committed by the police, who attacked the anti-fascist demonstrators in a show of force before any of the right-wing demonstrators even showed their faces.

This attack by the police was targeted specifically at the organizers of the counterprotest who were the first to mobilize. The cops went so far as to bark political slogans at organizers, including references to anti-Semitic conspiracy theories about George Soros and other proto-QAnon-style lies.

Soon, the thousands of workers who had heard the call for solidarity joined, and the police had to pull back to defend their fellow fascists. The mood was joyous when the few white supremacists who did show their faces were escorted away by cops. The feeling of unity was palpable as the crowd chanted anti-fascist slogans and happily sang, “We have the numbers!” and “Philly: 1; Nazis: 0.”

The lesson I learned that day is this: As terrifying and growing a threat the fascist threat is, the immediate and most organized violence inflicted on our class is inflicted on us by the bourgeois state — by capitalism — in a city run by the Democratic Party, with a Democrat as Mayor.

Just two years later, over a dozen Philadelphia police and transit cops have been identified for participating in the Jan. 6 storming of the Capitol, including a QAnon conspiracy theorist detective whose job is to do background checks on new cop recruits.

We are gathered here today to talk about the fascist menace in the aftermath of that Jan. 6 fascist coup attempt.