In an unprecedented spree of executions, Donald Trump has executed 13 people in the last six months of his presidency. As if in a frenzy to kill, Trump had three people put to death at the federal penitentiary in Terre Haute, Ind., just days before he exits the White House. 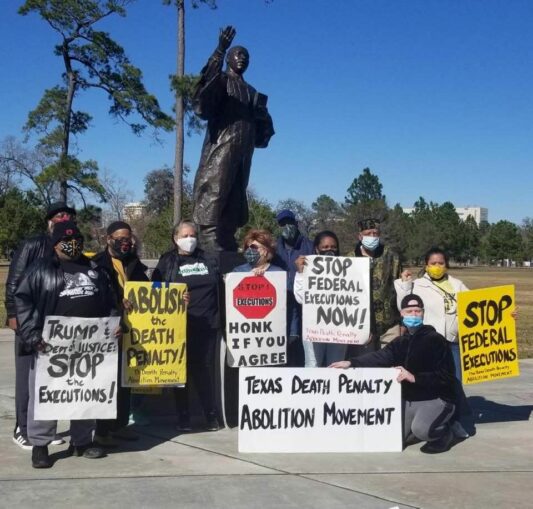 According to common sense, as well as various courts’ rulings including the U.S. Supreme Court, the last three people should never have been on death row or executed.

The three people executed between Jan. 12 and 15 were Lisa Montgomery, Corey Johnson and Dustin Higgs.

Montgomery’s life was one of horror, as she was sex-trafficked by her mother as a child and raped by her stepfather and his friends for years. Montgomery’s mother traded sex with her in exchange for paying bills or for repairs on their house.

Montgomery’s lawyers asked the courts to declare her incompetent in an effort to block her execution, citing serious mental illness, neurological impairment and complex trauma. The Supreme Court had found in 1986 that executing the “insane” was illegal in a case called Ford v. Wainwright. That ruling said people would be entitled to a competency evaluation and an evidentiary hearing in court, so it could be determined if they were competent to be executed.

Montgomery was denied fairness by the very court that made this ruling when SCOTUS allowed her execution to go forward. Hers was the first federal execution of a woman since Bonnie Brown Heady was put to death in the gas chamber for kidnapping and murder and Ethel Rosenberg was electrocuted for espionage, both 68 years ago.

On Jan. 14, Corey Johnson, an African American man, became the 12th victim of the execution spree. He was a person with a proven intellectual disability and should never have been sentenced to death. In a statement, his lawyers Donald Salzman and Ronald Tabak said the government has executed a person “with an intellectual disability, in stark violation of the Constitution and federal law” and vehemently denied he had the mental capacity to be a so-called “drug kingpin.”

On Dec. 30, 2020, his attorneys sent a clemency appeal to the president, stating: “Corey Johnson is intellectually disabled and cannot constitutionally be executed . . . Corey Johnson remained in the second grade for three years and also repeated the third and fourth grades. When asked his birthday at age eight, while in second grade, he thought it was in March, though he was actually born in November. When he was 13 years old, he could barely write his own name.

“And while he knew there were 12 months in the year, he could recite them only up to August. Corey was not able to tell time or perform arithmetic beyond a third-grade level . . . When he was in his early 20s, achievement testing measured his grade-equivalent levels no higher than second grade in reading and writing. When he was last tested at age 45, Mr. Johnson was still at an elementary school level. As an adolescent and teenager, Corey functioned like a younger child — he struggled to prepare snacks for himself, wet his bed until he was 12 and could not be trusted to roam school halls without getting lost.”

Johnson’s last words were, “I want to say that I am sorry for my crimes. I wanted to say that to the families who were victimized by my actions, and I want these names to be remembered: Louis Johnson, Anthony Carter, Dorothy Armstrong, Curtis Thorne, Linwood Chiles, Peyton Johnson, Bobby Long. I would have said I was sorry before, but I didn’t know how. I hope you will find peace. To my family, I have always loved you, and your love has made me real . . . I am not the same man that I was . . . thanks to my legal team. Don has been more than a lawyer, he has become a friend . . .  I am okay. I am at peace.” 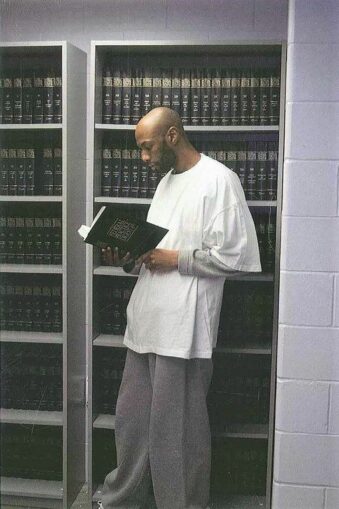 On Jan. 15, the birthday of civil rights leader Rev. Martin Luther King Jr., another African American man — Dustin Higgs — was executed. Reactions to an execution on King’s birthday were swift and harsh. At a protest in Houston, longtime activist Deloyd Parker, executive director of the S.H.A.P.E. Community Center for over 50 years, reacted to this execution, saying, “It is no accident that this is happening on Dr. King’s birthday. The S.H.A.P.E. family feels that the federal government, led by President Trump, is desecrating the memory of Dr. King by carrying out any execution on his birthday. We should all be honoring his fight to bring justice for our community, not defaming him by having an execution.”

Higgs was involved in a crime, but did not kill anyone. The actual killer received a life sentence.

Some activists are counting on the new president, Joe Biden, to get rid of the federal death penalty. Biden helped write the infamous 1994 crime bill that added 60 federal crimes for which a person could be put to death. What he does as president remains to be seen.

But it must be noted that there are now 49 people on the federal death row compared to the 2,500+ on state death rows.

Even if Biden commutes every federal death sentence to life in prison, these facts, from the Death Penalty Information Center, remain:

Our task is to abolish the death penalty. It is racist. It does not deter crime. Actually, it is the crime. The death penalty is guilty on all counts. Let’s shut it down!