This lightly edited statement was issued by Attorney Kelley Henry on the execution of Lisa Montgomery on Jan. 13 at a federal prison in Terre Haute, Indiana. 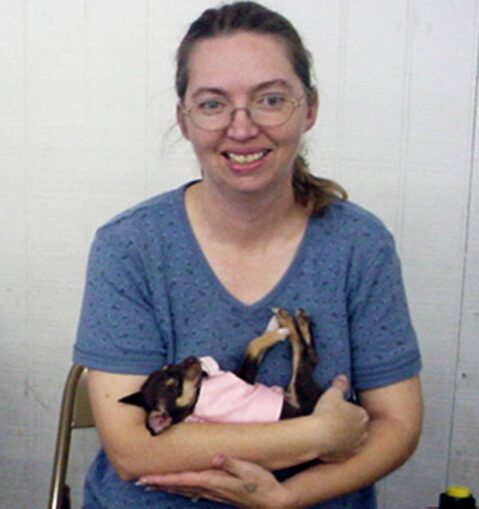 The craven bloodlust of a failed administration was on full display tonight. Everyone who participated in the execution of Lisa Montgomery should feel shame. No one disagrees that Mrs. Montgomery was the victim of unspeakable torture and sex trafficking . . . [and] no one can credibly dispute her long-standing debilitating mental disease — diagnosed and treated for the first time by the Federal Bureau of Prisons’ own doctors.

Our Constitution forbids the execution of a person who is unable to rationally understand her execution. The Trump Administration knows this. And they killed Mrs. Montgomery anyway — violating the Constitution, federal law and its own regulations, and long-standing norms along the way.

The government stopped at nothing in its zeal to kill this damaged and delusional woman. After we, her attorneys, contracted COVID-19 during our travels to visit her after her execution was scheduled, the government fought tooth and nail against any delay to allow us to recover so we could represent her effectively. Then they violated the law in multiple ways in rescheduling her execution for the final days of the Trump Administration. Though courts agreed Lisa’s case presented important legal issues warranting serious consideration — including whether she was competent to execute — the government hammered onward with appeals.

By insisting on an execution during a pandemic, this administration demonstrated its reckless disregard for the life of innocent citizens. Executions are super-spreader events. The government knows this. Yet they put the lives of every single person who must participate in these “events” in jeopardy — as well as every one of those persons’ friends, families, neighbors, co-workers, and who knows how many other people . . .

In the midst of all this litigation, Lisa’s request for clemency remained before President Trump. It was supported by thousands of organizations and individuals — faith leaders, anti-violence advocates, conservative leaders, international organizations and many more. But the president did nothing. He had not even the decency to formally deny — or even acknowledge — Lisa’s clemency application, though it is hard to imagine a case more deserving of executive intervention than this one.

Lisa Montgomery’s execution was far from justice. She should never have faced a death sentence in the first place, as no other woman has faced execution for a similar crime. And Lisa was much more than the tragic crime she committed, a crime for which she felt deep remorse before she lost all touch with reality in the days before her execution.

Lisa was also much more than the horrors inflicted upon her, the sexual violence and abuse she endured at the hands of those who were supposed to love, nurture and protect her. . . . Lisa often became trapped in the prison of her mind, losing touch with reality for periods of time. But when not gripped by psychosis, she was a gentle and caring person whom I was honored to know and to represent.

Lisa Nouri, Amy Harwell and I represented Mrs. Montgomery for eight years. We loved her very much and she loved us. She honored us with her truth and trusted us to share it in a way that not only told her story, but that could help other women.

Even though President Trump could not be the hero we asked him to be, we are here to say to every woman and girl who has been the victim of violence and degradation: You matter. Your pain matters. You are more than a victim. You are a survivor. Do not let anyone humiliate or shame you. You deserve to be loved. In the past week, we have seen just how far President Trump and his administration will go in their disdain for justice and the rule of law. This failed government adds itself to the long list of people and institutions who failed Lisa.

We should recognize Lisa Montgomery’s execution for what it was: the vicious, unlawful and unnecessary exercise of authoritarian power. We cannot let this happen again.