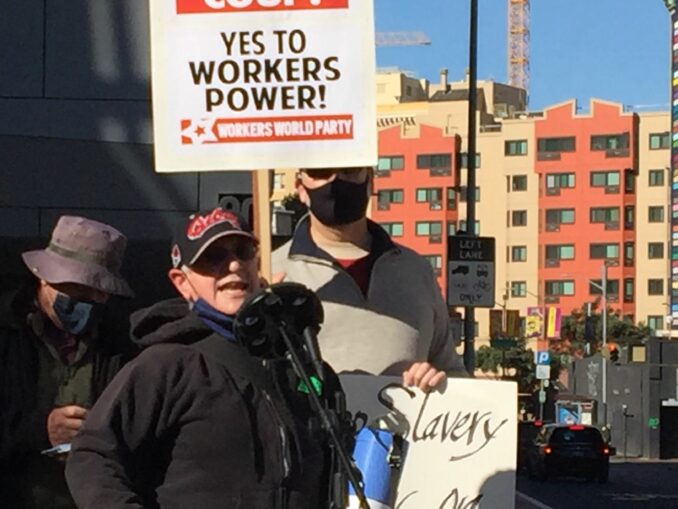 Jan. 9–A rally against fascism organized by the United Front Committee for a Labor Party drew a small but enthusiastic crowd in front of the San Francisco Federal Building. Speakers included members of the United Front Committee, the Alliance for Independent Workers, Freedom Socialist Party and Workers World Party.  Judy Greenspan of Workers World Party said to the the rally: “Only the power of the workers can push back against this rising racist and fascist movement.”