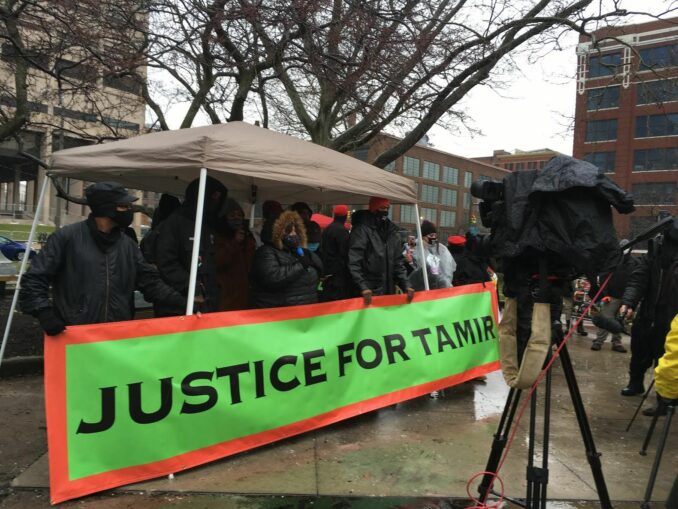 On January 15 close to 100 activists from Cleveland and around the country gathered at a downtown park to demand “Justice for Tamir Rice.” Tamir, a Black youth, was 12 years old when, on Nov. 22, 2014, Cleveland police officer Timothy Loehmann murdered him while he was playing with a pellet gun. Loehmann, who is white, shot and killed Tamir only seconds after arriving on the scene. Over six years later, no charges have been filed against Loehmann or his partner. The federal Department of Justice recently closed its investigation into Tamir’s case without taking any action.

Tamir’s mother Samaria Rice, above, opened up the rally, which featured a number of community activists.

-story and photo by Martha Grevatt