Workers World Party makes this statement on the events of Jan. 6.

The coup attempt on January 6 in Washington, D.C., and the mobilization of a fascist mob numbering in the tens of thousands, must be viewed with the utmost seriousness. 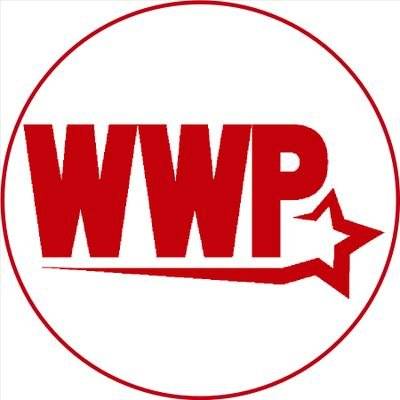 While the attack took the form of an assault on Congress, the U.S. Capitol building and the “institution of democracy” — halting for hours the Constitutionally mandated approval of the presidential election — these white-supremacist forces pose the greatest threat to the working class, especially the most oppressed. Their political aim is to crush with an iron fist every expression, even the most modest, of workers rights, social justice and Black Lives Matter.

Capitalist politicians in both major parties are falling all over each other to disassociate themselves from the would-be coup makers — and from Trump the instigator. But the failure of the state apparatus, especially the police, to prevent an outright invasion — however short-lived — of the citadel of U.S. political power shows that those in power are unreliable, inept and in no way up to the task of beating back a fascist threat.

To say the Capitol police were outnumbered, overwhelmed or unprepared offers no explanation as to how the mob so readily gained control and engaged in a violent, deadly confrontation for several hours before being moved out and away from Capitol grounds. No serious examination of what has been called “the insurrection” could conclude that it was a spontaneous outburst by people misled by their leader. There were political forces who were well aware of plans to forcibly storm the building, with the open support of Trump and his cohorts.

Contrast how easily the white supremacists entered the Capitol with the brutal police suppression of Black Lives Matter protests around the country, including in Washington, D.C.

We cannot look to the police or the military to defend Black Lives from the lynch mob that has been building the past four years — for whom the Capitol siege was a culmination. It is even possible that the Fraternal Order of Police was in on or had advance knowledge of the conspiracy to invade Congress. White supremacists have been joining police forces around the country in droves, and the FOP endorsed Trump for president.

In any case, the rioters found sympathizers among the Capitol police — despite them losing one of their own — and there were cops, military personnel and even elected officials among the attackers.

We — the workers and oppressed within the U.S. — have to be the ones to prevent violent, KKK-like attacks, especially those on workers of color who are and always have been the fascists’ primary targets. When have the Democrats and Republicans ever offered any real protection?

This growing fascist movement — for whom today’s mobilization marked a turning point in the worst way — demands a mass, independent response from the working class.

This situation poses again the question in the old union standard: “Which side are you on?”

The power of working people, both in the streets and at the point of production, must be wielded to push back the continued rise of this fascist movement. General strike calls — which were raised before the November election as a response if Trump refused to step down — must be seriously discussed, starting with but not limited to the organized labor movement.

As good and as strongly anti-racist as a number of union statements on the Jan. 6 crisis have been, as a response to a fascist coup attempt they are woefully insufficient.

It is time to build worker-community defense guards, to push the fascists back and defend oppressed communities against hate crimes.