Thousands of women cheered, jumped and cried tears of joy when the Argentinian Senate in the country’s capital of Buenos Aires voted to legalize abortion on Dec. 30. The lower house of Congress had passed the legislation backing the right to abortion earlier the same month. 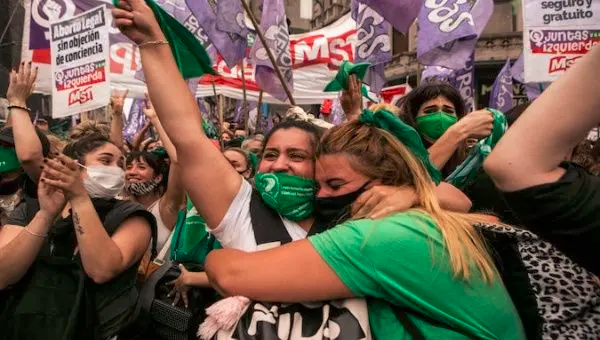 The law, which provides free, safe and legal abortions, was the result of decades of struggle led by the women’s movement and supported by the LGBTQ+ community, labor unions, left parties and human rights groups. It is important to note that Argentina’s law may be the most progressive in the world in one respect: It specifically allows for not only women, but people with other gender identities who can become pregnant, to obtain legal abortions in the country’s health care system.

This fervent struggle triumphed over the Catholic Church and reactionary political forces, which had ferociously fought against the most fundamental of women’s rights for years. It is a signif- icant development for women throughout Latin America and the Caribbean in that, up until now, abortion has been permitted only in a few countries including Cuba, Uruguay, and Mexico City and the state of Oaxaca in Mexico. This victory is a major boost for women who are organizing for full reproductive rights throughout the vast region

A more extensive article about this victorious struggle will be posted soon at workers.org