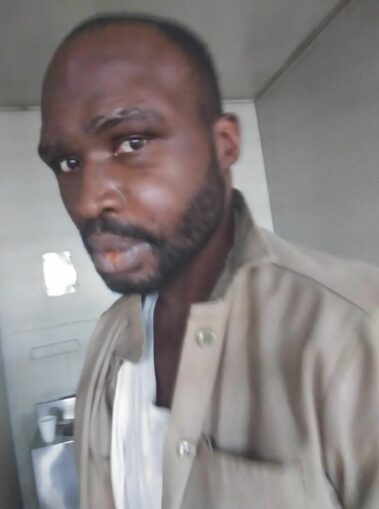 Ronnie Miller, after assault by guard.

With the announcement of the Alabama prison strike/30 Day Economic Blackout, 11 incarcerated workers in the segregation unit of Kilby Correctional Facility in Montgomery, Ala., have begun a hunger strike. (See “Alabama prisons: On Strike!” Workers World, Jan. 5)

They are protesting the inhumane conditions of the prison, as well as in all prisons across the state of Alabama.

On the morning of Jan. 4, a prisoner participating in the #Alabama11 hunger strike was beaten and bloodied by a guard for his participation in the hunger strike. The prisoner’s name is Ronnie Miller, #244648. He is out of the infirmary, but photos show him with a busted lip and large lumps on his head and cheek. Miller has been subjected to several beatings by guards at Kilby Correctional Facility.

These 11 incarcerated workers, unable to hold jobs within the prison due to their being segregated, have vowed to hold this hunger strike until January 31. They are:

These comrades would love to receive letters of encourage, solidarity, and support, which can be sent to: