This article was originally published in Workers World June 11, 2011. 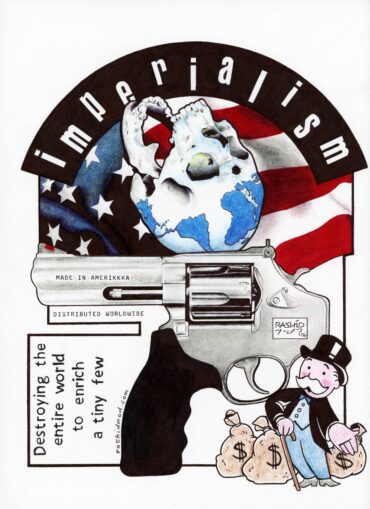 One agency asks: “Are you experiencing high employee turnover? Worried about the costs of employee benefits? Unhappy with out-of-state or offshore suppliers? Getting hit by overseas competition? Having trouble motivating your workforce? Thinking about expansion space? Then Washington State Department of Corrections Private Sector Partnerships is for you.” (educate-yourself.org, July 25, 2005)

IBM, Texas Instruments and Dell get circuit boards made by Texas prisoners. Tennessee inmates sew jeans for Kmart and JCPenney. Tens of thousands of youth flipping hamburgers for minimum wages at McDonald’s wear uniforms sewn by prison workers, who are forced to work for much less.

In California, as in many states, prisoners who refuse to work are moved to disciplinary housing and lose canteen privileges, as well as “good time” credit, which slices hard time off their sentences.

Systematic abuse, beatings, prolonged isolation, sensory deprivation and lack of medical care make U.S. prison conditions among the worst in the world. Ironically, working under grueling conditions for pennies an hour is treated as a “perk” for good behavior.

In December [2010], Georgia inmates went on strike and refused to leave their cells at six prisons for more than a week. In one of the largest prison protests in U.S. history, prisoners spoke of being forced to work seven days a week for no pay. Prisoners were beaten if they refused to work.

In the ruthless search to maximize profits and grab hold of every possible source of income, almost every public agency and social service is being outsourced to private for-profit contractors.

In the U.S. military, this means there are now more private contractors and mercenaries in Iraq and Afghanistan than there are U.S. or NATO soldiers.

In cities and states across the U.S., hospitals, medical care facilities, schools, cafeterias, road maintenance, water supply services, sewage departments, sanitation, airports and tens of thousands of social programs that receive public funding are being contracted out to for-profit corporations. Anything publicly owned and paid for by generations of past workers’ taxes — from libraries to concert halls and parks — is being sold or leased at fire sale prices.

All this is motivated and lobbied for by right-wing think tanks like that set up by Koch Industries and their owners, Charles and David Koch, as a way to cut costs, lower wages and pensions, and undercut public service unions.

The most gruesome privatizations are the hundreds of for-profit prisons being established.

The inmate population in private for-profit prisons tripled between 1987 and 2007. By 2007, there were 264 such prison facilities, housing almost 99,000 adult prisoners. (house.leg.state.mn.us, Feb. 24, 2009) Companies operating such facilities include the Corrections Corporation of America, the GEO Group Inc. and Community Education Centers.

Prison bonds provide a lucrative return for capitalist investors such as Merrill Lynch, Shearson Lehman, American Express and Allstate. Prisoners are traded from one state to another — based on the most profitable arrangements.

Hand-in-hand with the military-industrial complex, U.S. imperialism has created a massive prison-industrial complex that generates billions of dollars annually for businesses and industries profiting from mass incarceration.

For decades, workers in the U.S. have been assured that they benefit from imperialist looting by the giant multinational corporations. But today more than half the federal budget is absorbed by the costs of maintaining the military machine and the corporations, which are guaranteed profits for equipping the Pentagon. That is the only budget category in federal spending that is guaranteed to increase by at least 5% per year — at a time when every social program is being cut to the bone.

The sheer economic weight of militarism seeps into the fabric of society at every level. It fuels racism and reaction. The political influence of the Pentagon and the giant military and oil corporations — with their thousands of high-paid lobbyists, media pundits and network of links into every police force in the country — fuels growing repression and an expanding prison population.

The military, oil and banking conglomerates, interlinked with the police and prisons, have a stranglehold on the U.S. capitalist economy and reins of political power, regardless of who is president or what political party is in office. The very survival of these global corporations is based on immediate maximization of profits. They are driven to seize every resource and source of potential profits.

Thoroughly rational solutions are proposed, whenever the human and economic cost of militarism and repression is discussed. The billions spent for war and fantastically destructive weapons systems could provide five to seven times more jobs if spent on desperately needed social services, education and rebuilding essential infrastructure. Or it could provide free university education, considering the fact that it costs far more to imprison people than to educate them.

Why aren’t such reasonable solutions ever chosen? Military contracts generate far larger guaranteed profits to the military and the oil industries, which have a decisive influence on the U.S. economy.

The prison-industrial complex — including the prison system, prison labor, private prisons, police and repressive apparatus and their continuing expansion — are a greater source of profit and are reinforced by the climate of racism and reaction. Most rational and socially useful solutions are not considered viable options.