Venezuela’s Supreme Court sentenced six top CITGO oil executives to prison for corruption, embezzlement, money laundering and conspiracy on Nov. 26. The former executives went behind the back of the Venezuelan state and signed an agreement with two U.S. based-international financial companies — for which they were detained in Nov. 2017. They used CITGO, the Venezuelan-owned company, as collateral for loans of up to $4 billion. They have been held in Venezuela for three years. 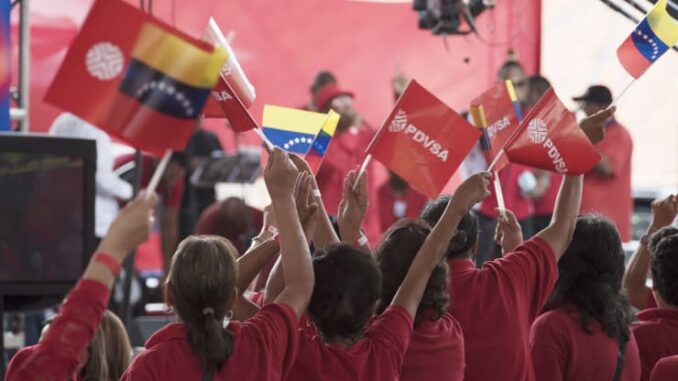 Venezuelan Attorney General Tarek William Saab said that by signing the contracts without the permission from the Venezuelan government, the former executives greatly “jeopardized the country’s assets.” (tinyurl.com/y69qw23a) They exposed CITGO to a possible criminal breach of the contracts they signed.

Jose Pereira, CITGO’s former president, was sentenced to 13 years and 7 months and fined 40% of the total amount embezzled. The other five executives will each serve 8 years and 10 months.

Although they were born in Venezuela, five of the executives had worked in the U.S. for many years. They had been awarded U.S. citizenship and dual nationality, and the U.S. media refers to them as “American oil executives.” (tinyurl.com/y5u5wjhc)

Secretary of State Mike Pompeo and Vice President Mike Pence condemned the convictions, calling the six “political prisoners,” and demanded they be returned to the U.S.

This kind of special attention by the U.S. was not awarded to the two ex-Green Berets found guilty for the mercenary attack on Venezuela in May. The U.S. military veterans were captured by the Bolivarian government and are now serving a 20-year sentence in Venezuela. (tinyurl.com/y4mnotqo)

There was hardly any response by U.S. officials, except for a brief visit to Venezuela by former New Mexico governor and U.N. Ambassador Bill Richardson, who tried to negotiate their release.

Venezuela’s oil industry is a major asset of the government, accounting for about 95% of the country’s export earnings. CITGO, a majority-owned and controlled company, is the property of the Venezuelan state-owned oil company, Petróleos de Venezuela (PDVSA), which exports 41% of its crude oil exports to the U.S.

Venezuela is one of the top four suppliers of crude oil to the U.S. CITGO, the eighth largest U.S. refinery, supplies 4% of U.S. fuel through a network of some 5,000 gas stations in 30 states.

In 2019, the U.S. imposed increased sanctions on Venezuela. Trump announced that all Venezuelan assets including  CITGO, worth $7 billion, would be withheld (stolen) from the Venezuelan government. The profits from CITGO are being channeled to U.S. puppet Juan Guaidó. The looting of CITGO is part of the manipulation and increased effort to replace President Nicolás Maduro, the popularly elected president of Venezuela, with the self-proclaimed “Interim President” Guaidó.

Many forces in the left think these recent actions by Maduro to rein in the most bourgeois elements are long overdue.