In April, protesters in Philadelphia called for prisoners to be released due to COVID-19 surge. 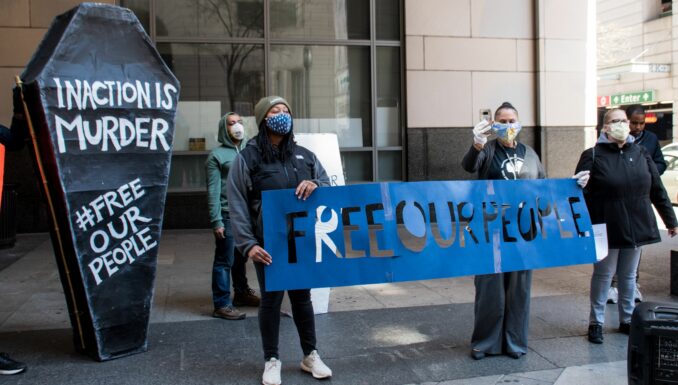 In April, protesters in Philadelphia called for prisoners to be released due to COVID-19 upsurge.
Credit: Joe Piette