Postal workers and supporters of a vibrant postal service held rallies in dozens of cities on Nov. 17 that highlighted the work postal workers did during the election. They also raised the continued need for COVID-19 financial relief for the U.S. Postal Service. 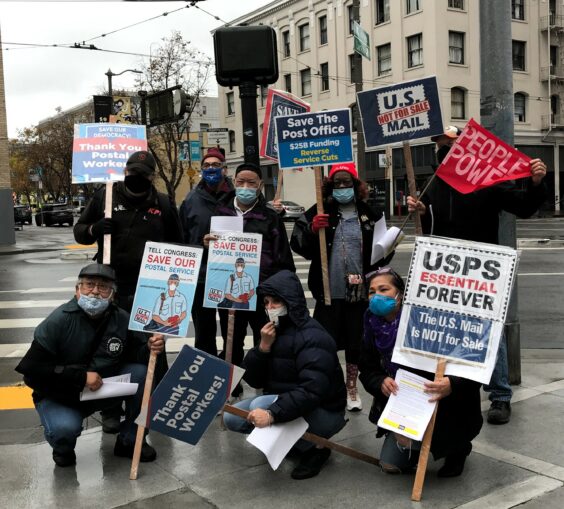 The rallies took place at a time when the numbers of pandemic exposures, hospitalizations and deaths are reaching new highs. This is causing more mail delays as postal facilities experience severe understaffing levels from workers being unable to work. 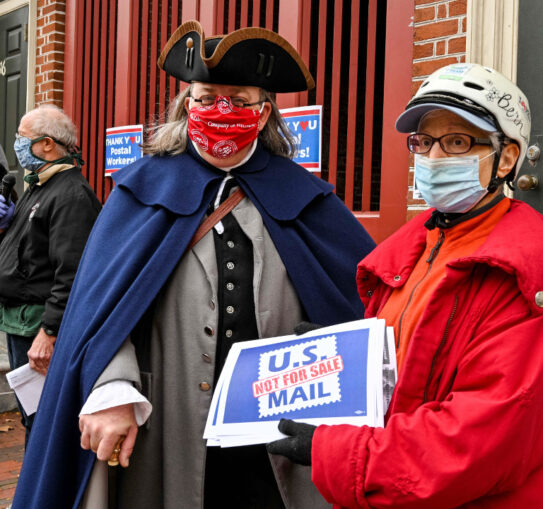 With the election over, there is nothing to stop DeJoy from implementing policies federal judges forced him to pause before Nov. 3. Even further cuts in services are possible.

Postal workers and allies handed out an APWU flier to passersby asking them to call their U.S. senator at (844) 402-1001 to demand Congress provide the USPS with $25 billion in funding and permanently reverse DeJoy’s policies.