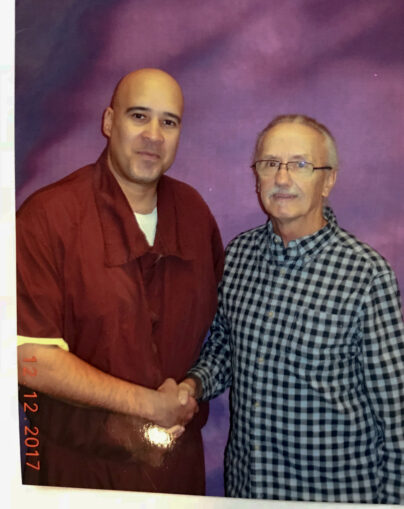 Incarcerated workers across Pennsylvania are demanding that Department of Corrections Secretary John Wetzel reverse his disastrous decision to begin mass transfers of prisoners at the height of the COVID-19 pandemic. The following commentary is from an interview by Joe Piette with jailhouse organizer and environmentalist Bryant Arroyo, confined at State Correctional Institution Frackville, falsely convicted of a crime.

The DOC policy contradicts Wetzel’s supposed responsibility of care, custody and control. People are feeling anxiety. We can’t tell what it’s gonna be from one day to the next because of these unpredictable decisions that are detrimental to our very lives.

It exacerbates mental health. It has staff in the middle. They can’t say anything because they’re employed here. But the top officials making these decisions place them in harm’s way, as well as us.

Concerned staff tell us that their boss, Wetzel, “would rather have a dangerous plan in place than no plan.” Wetzel has not only backpedaled on policies that seemed to be working to protect people, he is now putting staff and inmates in a more vulnerable position. But he’s not here. He’s in an office. [Staff] are on the ground. The fish rots from the head down.

These are not emergency transfers. There are Plan B sites that can be used in the event of natural disaster, but these are not being utilized. Instead, prisoners are being transferred from COVID-19 hotspots into other facilities.

What if one of them gets it from an inmate transferred from a particular hotspot, and that officer takes it home? Then what do you have? You’re creating one outbreak on top of another, instead of coming up with a true solution and protecting us at all costs.

Subsequent to this policy change, SCI Pine Grove announced it will be transferring all of its adult prisoners and converting to an exclusively youth detention facility. The DOC intends to do this mass transfer at the height of the new spike in cases.

Meals are usually delivered during lockdowns, but now prisoners are made to wait in line and bring meals back to their cells. The meals are cold by the time they receive them. Meals for those in the Behavioral Modification Units and other restricted housing units are delivered in “hot carts” to keep them warm. But there aren’t enough for general population. It’s not even winter, and the meals are already stone cold by the time prisoners receive them.

We need sunshine, exercise and, most importantly, social interaction. We are locked into our cells 23 hours a day. The mass mental health crisis that’s exploding in prisons, after [people are] being confined like this for over eight months, is isolation anxiety. It creates panic, rage, loss of control and complete mental breakdown. We need at least two hours [out of our cells]. Straight. No intervals. Or three hours, one period during the day and one at night.

The tension of solitary confinement is causing fights to break out during the few hours imprisoned workers aren’t locked in. Like a chemical reaction, the end result of isolation anxiety is you react and combust. It’s like we’re starved dogs getting let out of a cage. All you want to do is eat, nourish yourself and feel normal. And Secretary Wetzel has put the entire Pennsylvania DOC in direct defiance of the protocols set out by the Centers for Disease Control.

There are a hundred people on the block. Each tier is about 50 people. They are unlocked on a staggered schedule, one tier at a time on one-hour intervals, which creates a situation that deprives us of our full time. Even when people can congregate on the block, are they able to practice safe social distancing? Not at all. You can’t stay six feet apart.

Prisoners are taking extraordinary measures to stay safe. We’re taking our showers. We’re provided with extra cleaning utensils to keep the hygiene to the highest standard. And that’s proven by the track record of what we’ve been doing for the last seven to eight months, which has been working.

But all that is changing as Wetzel’s pandemic transfers makes it impossible for prisoners to protect themselves from the virus.

Making matters worse, incarcerated workers like John Ludovici have raised the alarm on a systematic violation of their rights as mental health patients. He says his two staff psychologists work in the same office as his unit manager. The presence of someone who is not a patient’s health care provider — let alone someone who is their jailer — during sessions is a flagrant violation of privacy rights enshrined in the Health Insurance Portability and Accountability Act. Ludovici has filed a complaint to the board of licensure that certified his staff psychologists. He also filed an administrative grievance against his unit manager, despite being pressured by her not to do so.

There are both male and female staff who are sincerely and genuinely concerned about not only contracting [COVID-19], but taking it home to their family members. Wetzel is opening up the floodgates into a facility where we have had basically zero cases.

There are 256 inmates [who] fill up the dormitories, which are open without cell doors. Ninety-eight men who were transferred to Camp Hill during recent renovations in this housing unit are now being brought back to Frackville.

Staff are wearing MP95 masks. Guards are being given mandatory overtime because of staff shortages, as there are those allegedly quarantining for 14 days. I don’t know if they even retest [the guards] after that.

An additional 28 or so inmates just came in from [SCI] Dallas. One of them tested positive for the antibodies; in other words, he’s been exposed to COVID-19. Then they re-tested him, and he came back negative. So we’re dealing with that, too.

Protocol noncompliance is the major thread that goes through everything I’m explaining to you and revealing to you while I’m here. Presently and again, Secretary Wetzel is the person behind it.

It’s a recipe for disaster.

This is part of an ongoing series of articles based on conversations of Workers World reporters with Bryant Arroyo.