Many countries around the world have successfully contained the coronavirus. Most notable is China, the most populous nation and the place where the virus first appeared. As of Nov. 15, China reported a total of 4,634 deaths from COVID-19 and only 13 new cases. (worldometers.info/coronavirus)

Here in the United States, however, 251,525 deaths have already occurred, and there is now a surge of new cases. This shocking number is only expected to grow as cold weather sets in.

Clearly, the U.S. capitalist government has done practically nothing to protect the population from this lethal new disease.

With mass sickness and quarantine has come a drastic downturn in the U.S. economy. As of mid-October, almost 21.5 million workers had lost their jobs. Others were trying to work from home in order to get by. Deaths were rising in more than 20 states, and the number of people living in poverty had jumped by about 6 million.

But there has been one bright spot. Guess where? You got it — Wall Street. 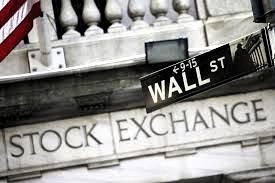 The investment bank Morgan Stanley has announced that, in the three months from July to September, it reaped $2.7 billion in profits — a rise of 25% compared to a year earlier.

Goldman Sachs, Morgan Stanley’s principal rival, was doing even better. It announced quarterly profits of $3.62 billion, or twice what the firm had earned in the same quarter in 2019.

If this were a society based on serving the people, rather than boosting the profits of a few, wouldn’t all that money be spent on helping the sick and the dying while finding a cure for this terrible disease?

It’s just another reason, on top of so many others, why we need revolutionary change in this country.