Both the economy and COVID are vitally important issues for working people in the United States. Lost in the tension of the postelection week, news about better-than-expected unemployment figures and the horrible surge in COVID-19 cases were both almost completely ignored. 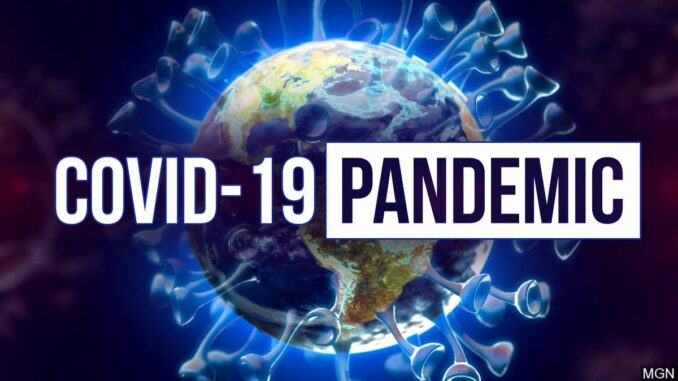 The official report of the Bureau of Labor Statistics makes this point: The unemployment rate for white workers is 6.0% while for Black workers it is 10.8%, which is more than 70% higher. The overall unemployment rate declined by a percentage point to 6.9%.

This rate understates real unemployment. A more accurate rate, called the U-6 rate, which includes workers who have given up looking for a job and workers who are forced to take part-time jobs, has unemployment at 12.1%.

But neither of these unemployment rates accurately reflects a more basic rate, that of participation in the labor force. This rate measures the number of people working or seeking work as a percentage of the total population of working–age people. This has decreased during the pandemic, particularly for parents, mostly women, who have stopped working to help their kids with Internet-based schooling.

The Economic Policy Institute (EPI) estimates around 30 million workers in the U.S. have lost hours, jobs, or seen their wages cut because of the pandemic.

Long-term unemployment, defined as being “out of work” for over 27 weeks, increased sharply in October. This is a problem for many workers since 26 weeks is also the time in most states when unemployment insurance runs out.

While the economy has increased its production since last spring, it is still far from reaching pre-COVID levels. The GDP for October was down 3.5% from February; in monetary terms, that is around $800 billion. At the current rate of economic growth, it will take more than a year to eliminate this gap.

This will be a year in which many workers will suffer hunger, homelessness, sickness brought on by a lack of a job, and the loss of public services brought on by the budget shortfalls afflicting state and local governments. Nearly every state government is facing a deep drop in tax revenue due to losses produced by the pandemic.

People who were poor, or one major emergency away from being poor before the pandemic, have been pushed deeper into poverty. According to the EPI, this includes 60% of African American people (26 million), 64% of Latinx people (38 million) and 33% of white people (66 million).

Poor people are exposed to more danger since there is no nationally coordinated policy on containing and controlling COVID-19.  Mark Meadows, Trump’s chief of staff, who last week announced his administration’s policy of not attempting to control it, has tested positive this week, along with five other White House staff.

North Dakota is a good example of the dangers COVID-19 brings about. This Great Plains state abutting Canada is mostly rural, with an extensive oil extraction industry and about 762,000 inhabitants. There are five federally recognized Native reservations and one other Indigenous community located at least partially within N.D. borders, with the Native population over 36,000 — 60% of whom live on the reservations, and over 40% are under the age of 20.

According to Renae Moch, public health director for the city of Bismarck and Burleigh County, N.D, infections are occurring in North Dakota at six times the national rate. Gov. Doug Burgum has promoted what he calls a “pro-business policy” of “personal responsibility.” (Washington Post, Nov. 6)

Hospitals are overwhelmed, forcing the movement of patients from local hospitals to remote facilities. There are still no statewide mitigation measures being enforced in North Dakota; local governments must plead for accepting “personal responsibility.”

It is very likely that situations like that in North Dakota will continue to be the norm, while the Trump administration avoids assisting local health care measures.