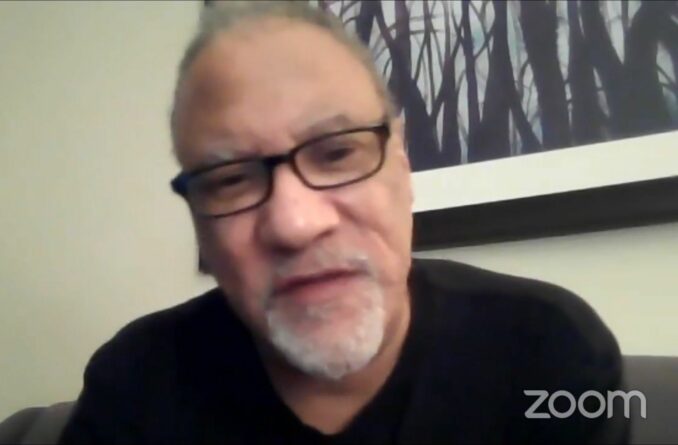 The following is an edited interview conducted by Nate Chase, with Workers World Party First Secretary Larry Holmes, during a WWP post-election webinar on Nov. 5., two days before Biden officially became the president-elect. Go to workers.org to read more remarks.

Nate Chase: Even a Biden victory is not providing solutions to the crises faced by working and oppressed people in the U.S. He doesn’t have a program for that.

Larry Holmes: The Intifada against racist police terror still going on shows that they’re not an appendage to the elections. They’re not reduced to having some bourgeois politician speak for them, which would be disastrous. Neither Biden or Kamala Harris are big defenders of Black Lives Matter. Biden has said he is unequivocally against defunding the police. If they do win, there’s gonna be a lot of excitement amongst especially women voters, women of color, because Kamala Harris is a Black woman. She’s also South Asian. We are sensitive to that. When you look at her class, she was a top cop, the top prosecutor in California and was no friend to poor and oppressed people, including women, who she had prosecuted for being poor.

NC: Given Trump’s record, given every atrocity he’s been responsible for the past four years, given his complete failure to address the COVID pandemic, why is this election remotely close?

LH: When the Democratic Party throws the working class under the bus to neoliberalism, wages a war on the working class, eviscerates wages, takes away gains, globalizes the competition for labor, then it becomes impossible for their leaders and their candidates to genuinely become the lightning rod for opposition to Trump. How can a party that’s done all of this terrible stuff to the working class — that’s discredited itself in the bourgeois media — how can it really lead something progressive, much less revolutionary, in the interests of the workers and oppressed and against racism? It’s contradictory. It’s obviously problematic. And it creates a crisis for some of us who are really revolutionaries.

We’ve got to see this election as a wake up call. We are in a political crisis. We see people being evicted, and those evictions are going to grow. There’s Depression-level unemployment. All those millions of jobs lost — they’re not coming back. There are huge budget cuts coming at every level. They’re waiting until after the elections. People are lining up to get food in larger and larger numbers. And the police war against Black and brown people continues. Either we see this election as a clarion call to get busy organizing a powerful, militant, anti-capitalist, kick-ass, workers fight back around all these issues, stopping mass evictions, jobs or income for the unemployed, food for the hungry, health care, housing, everything that we need, then nature and politics are paused in a vacuum. And if there’s no class struggle, no unity in that class struggle will bring the working class into the anti-racist struggle.

A number of unions representing millions of workers came out around Labor Day and said that unions need to be organizing work stoppages in support of Black Lives Matter. This is a step forward. The mere fact that some unions and some labor councils have passed resolutions calling for a general strike if Trump refuses to concede, shows that there is something going on.

There’s a change that’s being brought about by COVID, by the capitalist crisis, by Depression-level unemployment. And some of us are working to form a revolutionary merger of the anti-racist Intifada and the workers movement. Let’s talk about white workers who are freaking out, because maybe not so long ago, they thought they were on the top of the hill — they were in the U.S. imperialist empire, the greatest empire in human history. And they were above everybody else. But that’s changing. U.S. imperialism is falling. And the living standards of the entire working class, including white workers, are falling. And in the absence of a struggle, workers who are freaking out will drink anybody’s Kool Aid, including Trump’s. A racist white supremacist and fascistic danger has to be countered by a united, militant, revolutionary and anti-capitalist class uprising. Or that danger will grow. So we want to be involved in that uprising.

NC: How do we address so many people who consider themselves progressive, who still think that Biden will solve everything? And on the other hand, we have those in the streets, who see Biden as just another oligarch — that of course includes us. So how do we reach those who believe that Biden is just going to solve everything? And how can we win them to a more struggle-oriented revolutionary perspective?

LH: The Democratic Party doesn’t come off the same way as Trump and the fascistic allies, the Proud Boys and all the mercenary groups do. They’re more dangerous because they lull you into passivity. You end up with a greater fear of white supremacy and violent fascist developments. When Barack Obama was elected, it was a historic moment — a Black person becoming president. But that smooth-talking, skillful politician, servant of the ruling class made it very difficult for us to unite and fight the class struggle. He shut the struggle down. He pursued a program of globalization and neoliberalism, union busting, and the concentration of even more and more wealth to fewer and fewer people. The Democratic Party is dangerous because it paved the way for Donald Trump. We have to make sure going forward that the class struggle in the streets, in the workplaces, amongst the unemployed, fighting the evictions — takes over all at once. The conditions are there. The only question is: Are the people going to fight?

Someone who wants socialism and the end of capitalism and all of the nastiness and horror, that’s part of it, COVID, and so forth, we’ve got to bust a move, we’ve got to get deeply involved in organizing our class.