Maher al-Akhras, a 49-year-old Palestinian political prisoner and father of six from the Occupied West Bank, has been on hunger strike since his July 27 arrest by Israeli forces. He is under administrative detention — a practice both British and Israeli colonizers have long used to hold Palestinians captive indefinitely without charge or trial. 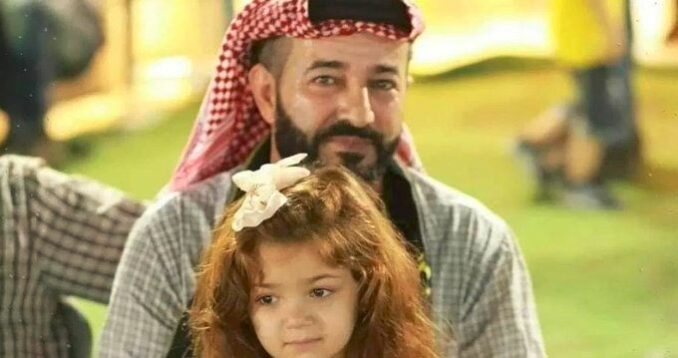 Maher al-Akhras with his daughter.

This cruel and unjust practice is a violation of the Fourth Geneva Convention, the International Covenant on Civil and Political Rights, and the Rome Statute of the International Criminal Court. The violation of the latter means that such inhumane practices constitute crimes against humanity and war crimes. Israel is currently holding over 350 Palestinians in administrative detention.

Israeli authorities have so far refused to release al-Akhras. They have stated that they would not extend his detention beyond Nov. 26, provided he ends his hunger strike. This empty concession has not deterred al-Akhras from continuing to fight for justice. He has committed himself to refuse food and medical treatment until his release.

After more than 91 days without food, al-Akhras’ health is now rapidly deteriorating. His family members and supporters fear that he will soon lose his life. However, al-Akhras has not wavered in his fight for justice for himself and all Palestinians. 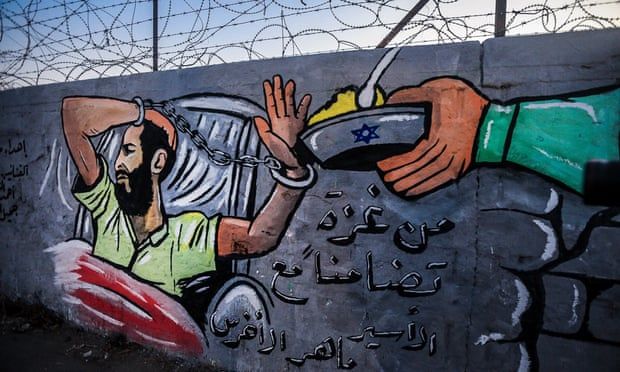 Mural of Maher al-Akhras at Al-Nuseirat refugee camp in the Gaza Strip.

A visibly weak al-Akhras stated in a message from his hospital bed: “My only conditions are freedom or death. I either live freely with my children, or I am killed in the name of false justice. The strike is . . . in defense of every Palestinian prisoner and in defense of my people who are suffering from the occupation, and my victory in this strike is a victory for the prisoners and my Palestinian people.” (samidoun.net, Oct. 8)

Quds News Network reported that Al-Akhras’ mother, wife and his three oldest sons announced that they were starting a public hunger strike after Israeli forces denied them the right to visit him at Kaplan Medical Center. (Oct. 24)

Anat Matar, a Tel Aviv University philosophy professor who coordinates the Israeli Committee on Palestinian Prisoners advocacy group, stated, “What he [al-Akhras] wants is to move the discussion from his own case to the general one, and that is why he pays with his own life.” (guardian.com, Oct. 21)

In putting his life on the line for the Palestinian struggle against colonial oppression, al-Akhras has shown immense courage, dedication and selflessness. His case further highlights both the resolve of Palestinians to be free in their own homeland and the extreme cruelty of Zionist occupiers who continue to rob Palestinians of their land and their freedom. His sacrifice is a beacon of hope for all those fighting for a free Palestine.