“What is the point of sending somebody back to a country where they don’t have no family?” asks Kao Saelee. “I would be frightened out of my mind.”

Like many migrants kidnapped by U.S. Immigration and Customs Enforcement since its creation in 2003, Kao Saelee is imprisoned at a concentration camp in Louisiana, 2,000 miles from his home. Despite the fact Kao that the 41-year-old has lived in California for over 33 years, he now faces deportation to Laos. His family fled the country after the devastating imperialist wars waged on the region by the U.S. from the 1950s to the present day. He has not been there since he was two years old. 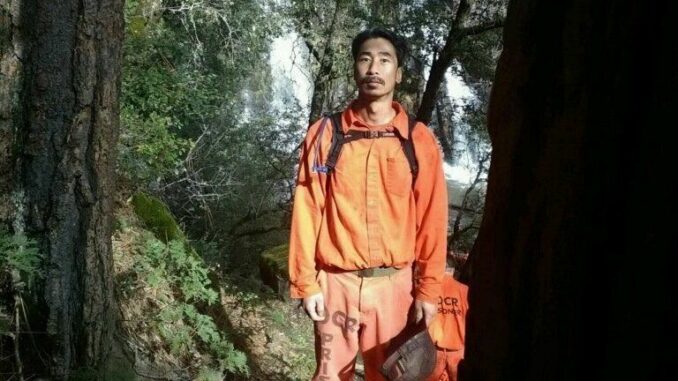 Aug. 6 was the day Saelee was supposed to walk out a free man, after 22 years in a California prison. Instead he was shackled, turned over by California state prison guards to a private mercenary and delivered to ICE for deportation. Even as he was “transferred” between prisons, his family was waiting on the other side of the prison walls to bring him home.

The practice of handing prisoners over to ICE for deportation is increasingly common in the “blue” state of California, where Democrat Gavin Newsom is governor. Like his California colleague Sen. Kamala Harris, Newsom’s persona has been crafted by PR experts to put a progressive face on reactionary carceral policies.

Saelee was also one of thousands of imprisoned workers who have been dispatched to fight wildfires in California. But the capitalist state, indifferent to the heroic work he performed in 2017 and 2018, moved to deport him anyway.

Kao Saelee is just one of hundreds of millions of workers who, by sentence or by happenstance, calls this prison nation his home. Workers World Party and the Prisoners Solidarity Committee call for the immediate release of Kao Saelee and for the release of all imprisoned workers in the United States.