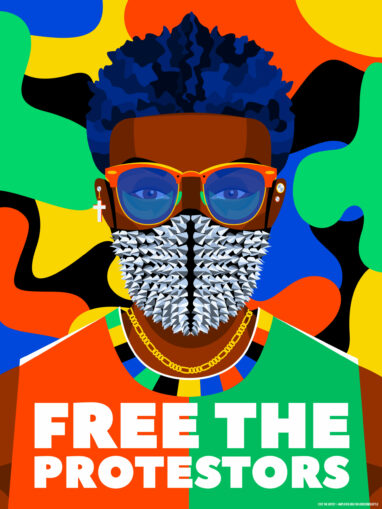 Seattle — Demonstrators marched here on Sept. 24 to protest the previous day’s decision by a grand jury in Louisville, Ky., not to bring charges against the cops who murdered Breonna Taylor. Hundreds took to the streets for hours, until after midnight, and  marched on the Capital Hill precinct, which is bunkered behind huge cement blocks.

In retaliation, the cops used blast balls and pepper spray, and even ran people over with their police bikes. The cop violence tended to anger people even more. Thirteen anti-racists were arrested.

Black Lives Matter protests have now continued in Seattle for at least 117 days straight. There’s a morning march, a day march and a night march. Black people lead the marches, which are held in different neighborhoods all over the city. The anti-racists sometimes disrupt status quo events and are sometimes attacked by the police. They are also holding trainings and educationals.

The Seattle City Council had voted for a budget proposal that would reduce police positions and invest the money saved in community-based programs.  It would also cut the “navigation teams” that evict houseless people from their encampments.

Mayor Jenny Durkan vetoed the proposal. But on Sept. 22, feeling the pressure of the oppressed working class, the City Council voted 7-2 to override Mayor Durkan’s veto.

The groups King County Equity Now and Decriminalize Seattle, which represent oppressed communities, said in a statement: “The council’s move marks an urgent break from the decades of votes to expand racist policing.”