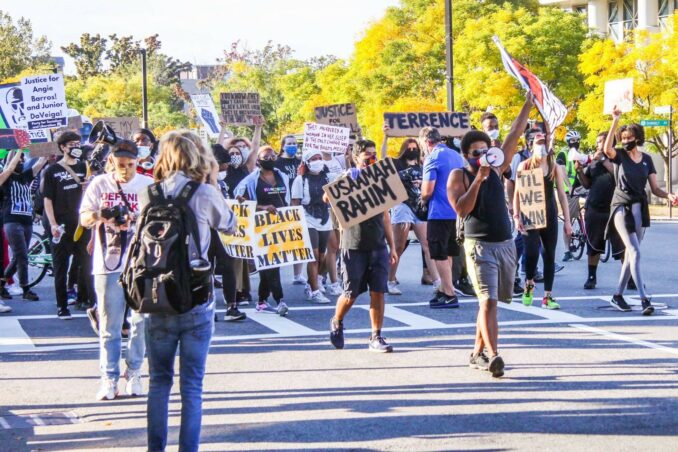 At least four actions demanding Justice for Breonna Taylor took place in Boston over the Sept. 26-27 weekend, drawing thousands of marchers. Mass Action Against Police Brutality’s Sept. 26 rally demanded Taylor’s Kentucky case be reopened, after none of the three killer cops who murdered her on March 13 were charged with causing her death. For six years, MAAPB has provided essential support to families who have suffered at the hands of Massachusetts police officers. And the group demands the reopening of nine recent local cases where cops have gotten away with murders officially classified as “justified.” The MAAPB marchers ultimately joined a Party of Socialism and Liberation march on Boston Police headquarters — a force of occupation in the heart of the city’s Black community. The racist system fails to value Black lives from Louisville to Boston: Reopen the Cases Now! Justice for Breonna!