The writer is First Secretary of Workers World Party.

The head of the U.S. Postal Service is sabotaging delivery of ballots through the mail. Trump is acting like he won’t step down even if he’s defeated in the elections. And it appears that right-wing and neo-fascist forces, who have guns, are getting ready to go into the streets after the elections to support an attempted coup. Every group and activist ready to fight fascism in the streets should be making preparations right now to intervene in the event of any fascist developments in November. 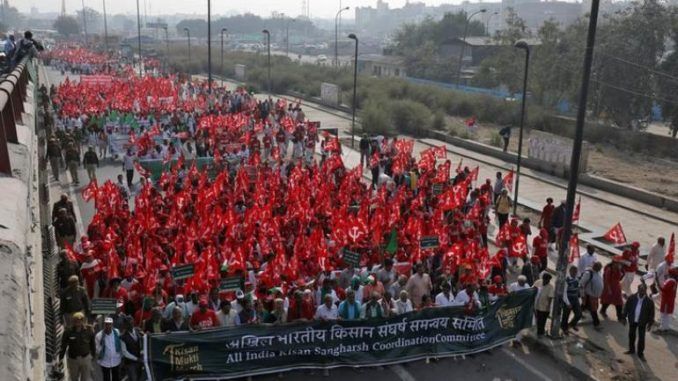 The political crisis in the ruling class that is playing itself out in the presidential election is not really about Trump, any more than it’s about saving democracy, decency and all the other stuff that Democratic Party leaders are shouting about.

This crisis is about the capitalist system starting to break down and fall apart, and what must be done to rescue capitalism and U.S. imperialism from demise.

This crisis has been building for a long time.  The COVID-19 pandemic has accelerated the course of the crisis; it’s like pouring gasoline on a burning police station.

What will the working class do?

The expression “the elephant in the room” means that people are talking around the real issue because they don’t know what to do about that issue. Very few revolutionaries are asking what the working class will do about the current election crisis because the question seems irrelevant.

Notwithstanding the amazing work stoppages that many pandemic frontline workers have engaged in to protect their safety, and the many other signs that militants in the working class are pushing back and carrying out more strikes, the working-class movement as a whole in the U.S. is weak organizationally and politically.

Thus, the expectation is that the working class is not going to intervene in defense of its class interests beyond voting for the Democrats, with some even voting for Trump. Militants should be neither angry nor frustrated with workers for voting for Biden. The way that they see it, they don’t have any other choice.

For revolutionaries, the main political battle regarding support for the Democratic Party is with other forces on the left who say that they are socialists and are opposed to capitalism, but will find some rationale, mostly fear, for supporting the Democratic Party. The Democratic Party’s abandonment of the working class to globalization, austerity and pauperization, paved the way for Trumpism. The Democrats will not change, cannot change, and exist these days mostly to co-opt movements and then kill them.

The only way that the working class is going to find a way out of being held hostage to the Democrats is to begin learning how to organize as a class and act like a class that is independent of the capitalist political parties. This is true, not only in relation to the electoral struggle, but even more importantly, to the full rebirth of the class struggle against capitalism. This rebirth is already underway. However, it will not advance to the next level without the intervention of revolutionary class-conscious militants.

There’s no end to the questions surrounding the election crisis. What’s going to happen before the elections? What’s going to happen during and after the elections? How can progressives and revolutionaries respond to any development? From the perspective of a Marxist-Leninist, the biggest question is still: What can be done to insure that the U.S. working class begins to do all that is necessary to intervene in a crisis? Not now when it’s too weak, but soon, and the sooner the better.

The election crisis should serve as a wake-up call. Yes, the working-class movement is weak. But revolutionaries can no longer afford to use that as an excuse to remove the working class from the discussion. Once we do that, we have surrendered.  Whatever ideas or demands revolutionaries put forward, they are of only symbolic and educational value if there is no army capable of fighting and defeating the enemy. That army is the working class, and the battlefield is the class struggle.

It should come as no surprise that many people, especially women, are saddened by the death of Ruth Bader Ginsburg, and are worried about who Trump will choose to replace her. When the working class is not organized as a class to defend its own class interests, who else can the people turn to in order to defend themselves but politicians and important individuals?

How did this happen to the working class?

Over a long period that began after the U.S. established itself as the dominant imperialist power in the world, generally speaking, the leaders of the labor movement – who were once relatively militant, and some even anti-capitalist — underwent a transformation that rendered them in many cases little more than appendages to the capitalist system.

Explaining how this happened over the course of the past three-quarters of a century is too much to go over here. But make a note:  How this happened should be studied and discussed. It’s important for every militant to know what happened.

Also important to know is that appearing to become an appendage to the system and the status quo is neither a natural nor a permanent state for the organized labor movement. It is an aberration that must — and will – be reversed. The conditions that led to the conservatism of the labor movement no longer exist, and as such, their conservatism is going to be replaced with revolutionary class struggle.

It should be noted that by and large, most of the left, including organizations that consider themselves Marxist and even revolutionary, have tended to base themselves on movements and struggles that were incorrectly seen as separate from the working class and the labor unions. The reason for this is that the labor movement seemed dormant.

Organizing and activity that seemed friendly to anticapitalist views and organizational recruitment existed in the antiwar movement — and to some extent in the anti-racist movement and the women’s and LGBTQ2S+ movements. In truth, all of these movements are different fronts of the working-class movement, although that is not how they are viewed in most cases.

This unfortunate view is a product of the political weakness of the existing working-class movement. It’s time for such narrow and exclusionary views to give way to more inclusive and revolutionary views of who and what make up the working class today.

To some extent, the origins of these narrow and false ideas about what the working class is and who is in the labor movement are products of a tacit (and sometimes not so tacit) agreement that union officials and leftists made after the anti-communist witch hunt – which forced many communists and socialists out of the unions – began to lift somewhat in the early 1960s.

The agreement was this: Radicals must stay out of the labor unions and refrain from trying to influence the working class with their radical ideas.  In exchange for agreeing to stay away from the working class, progressives and radicals could organize against the war in Vietnam and around other issues, but apart from obtaining some labor endorsements and having a few labor speakers at a rally, antiwar organizers were to stay away from the workers.

Opening of struggle over need for strikes

The examples of professional athletes protesting racism by refusing to play, and health care workers, Whole Foods and Amazon workers, and other workers walking off the job to protest being forced to work in unsafe conditions, has ignited a new struggle within and outside the organized labor movement over the need to carry out more and bigger work stoppages, and bring back the general strike.

Around Labor Day, a group of about 40 regional labor unions representing millions of workers issued a statement calling for conducting mass, nationwide work stoppages in solidarity with Black Lives Matter. While no concrete plans or dates for these actions has been announced, this development is a clear challenge to the conservative top leadership of the AFL-CIO and the unions that formed Change To Win.

This is good news, and it’s about time. These developments in the labor movement must be supported, joined, and pushed strongly by everyone who considers themselves progressive. It is nothing less than scandalous — and unacceptable — that the AFL-CIO’s top leadership has done little more than release a statement or two in response to the worldwide uprising sparked by the police murder of George Floyd in May, and the murders of others like Breonna Taylor and Elijah McClain.

How is it possible that millions of people could be marching in the streets day after day on every continent, and yet the leaders of the U.S. labor movement cannot bring themselves to organize a one-hour nationwide work stoppage in support of this uprising?

No matter how long it takes, or how many obstacles there may be, it is imperative that a fusion of the mass movement in the streets develop against racism and fascism, and that it include all sectors of the working class that are either not organized or are under-organized: migrant workers, incarcerated workers, gig workers, street vendors, sex workers, the unemployed, people with disabilities, the homeless, the most oppressed people — and the organized labor movement.

It should be understood that the global upprising against racism this past spring and summer was, at its root, a working-class uprising.  The participants may not have  been conscious of this — and the uprising was not called in the name of the working class. But that does not change the fact that it was the multinational working class protesting in the streets. Going forward, future uprisings will be more class-conscious, with more of the many sectors of the working class in motion.

This fusion must come from below, and must not be led by the Democratic Party, or any other organization that is tied to the status quo and is an obstacle to real struggle. It is not necessary, and, in fact, it would be a mistake for the movement in the streets, or any other section of the working class that is not in the organized labor movement, to subordinate itself to conservative labor leaders.

The goal of fusion is to expand the working-class movement, to tear down the boundaries and antiquated conceptions that limit and divide the working class, and to push the entire working class in a revolutionary direction.

Whatever happens on or after Nov. 3, organizing the working class is the prize we must work for and stay focused on. We should be confident about our victory.