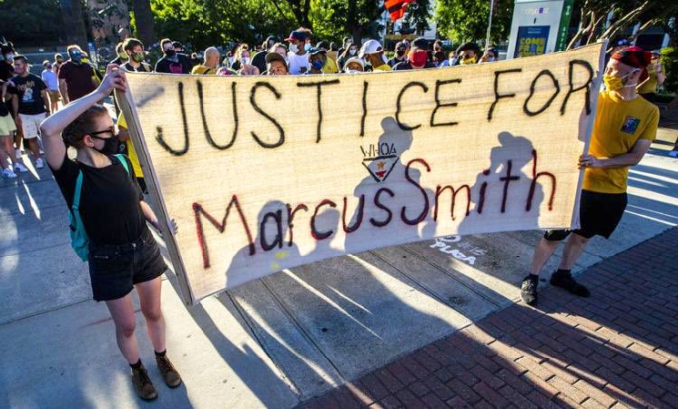 Two years after Greensboro, N.C., police officers killed Marcus Deon Smith, the Smith family, the Working-class Homeless Organizing Alliance, and their allies took to the streets of Greensboro to celebrate Marcus’s life and demand justice. “We will march until we get #JusticeforMarcusSmith and his family gets reparations; we will march for Black liberation and Black freedom. We will march until we abolish both the prison-industrial complex and racial capitalism,” reads a statement from WHOA.  “There will be a new dawn in Greensboro ushered in by the Black masses of people fed up with demoralization and exploitation.”