Two months before George Floyd was publicly lynched May 25 by a Minneapolis police officer pressing a knee on his neck for almost nine minutes, Breonna Taylor was lynched in late March by three Louisville, Ky., police officers. 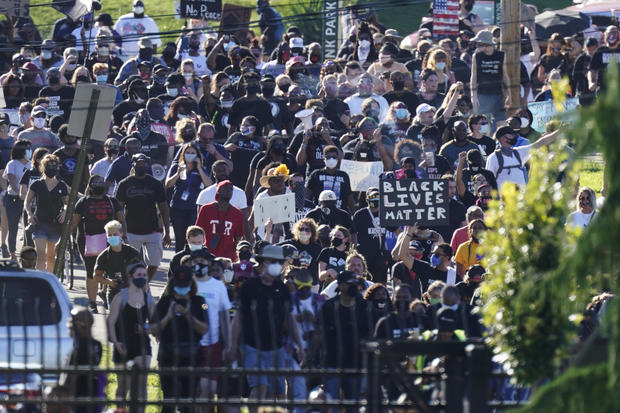 The 26-year-old African American emergency medical technician was fatally shot multiple times in her bed, as three white police officers illegally entered her home with a search warrant for drugs. The officer who shot her was fired, but no charges or arrests have been made. The other two officers involved were put on administrative leave. A so-called investigation has been going on for almost six months.

The Floyd lynching helped to reignite the Black Lives Matter struggle all over the country in an unprecedented manner, with demands to defund and even abolish the police as protesters stayed in the streets. The BLM struggle has also given new life to the demand of justice for Breonna Taylor, starting with arresting the cop who killed her. For over three months, almost daily protests have been called in Louisville for Taylor, including one on June 1 in which David McAtee, a beloved Black barbecue cook, was shot to death by police. (tinyurl.com/y9upp9ux)

The latest protest took place Sept. 5, right outside the fabled Churchill Downs race track, home to the Kentucky Derby. This race is the second leg of the Triple Crown, the most prestigious of all horse race titles. The fact that the stands were empty of fans, due to the coronavirus, did not stop thousands of activists from using the occasion of the scheduled race to raise their angry voices to shout Taylor’s name and chant “No justice, no Derby,” loud and clear.

Brittany Wiley, one of the main organizers, told the crowd: “What are we celebrating? We don’t want mint juleps. We want justice. We’re not partying. We’re protesting. No justice? No Derby.” An airplane flew over the track and unfurled a huge banner reading, “Arrest the cops who killed Breonna Taylor.” (Washington Post, Sept. 6)

In a simultaneous protest held in front of Metro Hall in downtown Louisville, anti-racists faced off against armed neofascist militia who supported the police.  Some of the anti-racist protesters carried arms to defend themselves, after threats of right-wing violence.

With sometimes blatant support from local police, a growing number of armed neofascists have felt emboldened to violently confront peaceful BLM protests. President Donald Trump has egged on the far right, actually defending the 17-year-old white supremacist, Kyle Rittenhouse, who shot to death two anti-racist protesters in Kenosha, Wisconsin. The two had been protesting the maiming of a 29-year-old Black man, Jacob Blake, who was shot seven times in the back by police.

After the shooting of Blake, National Basketball Association (NBA) players carried out a historic three-day strike against police brutality. This heroic action prompted a strike in other sports to show solidarity with Black Lives Matter.

While anti-racist protesters remain in the streets, prominent athletes continue to call for justice in their respective sport venues. Take one of the top five tennis players in the world, Naomi Osaka, who is of Haitian and Japanese heritage.

During the U.S. Open in Queens, N.Y., through the first four rounds of four matches, Osaka wore face masks with the names of Breonna Taylor, Elijah McClain, Ahmaud Arbery and Trayvon Martin.

McClain was a 23-year-old Black violinist and massage therapist killed by Aurora, Colo., police on Aug. 30, 2019. The murder in Brunswick, Ga., this February of Arbery, a 26-year-old unarmed Black man shot by a white supremacist father and son while jogging was captured on videotape. The murder of Trayvon Martin by a vigilante in 2012 launched the BLM movement.

Osaka had also refused to play her match at the Western and Southern Open, a late August warm-up tournament to the U.S. Open, to protest police brutality and systemic racism.  Her action prompted the tournament organizers to shut down matches for all the players for one day. 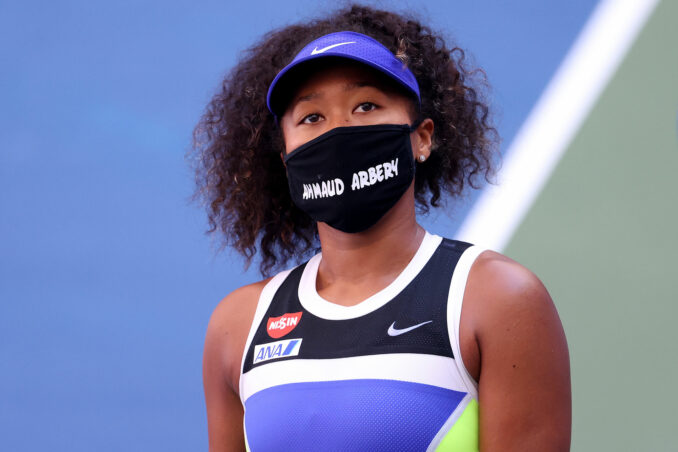 She stated: “None of these deaths had to happen. For me, I just want everyone to know the names more. For me, just spreading awareness. I feel like the more people know the story, then the more interesting or interested they’ll become in it.” (AP, Sept. 6)

Jamal Murray, a talented guard with the NBA’s Denver Nuggets, has been wearing tennis shoes depicting Breonna Taylor’s image on one and George Floyd’s on the other, while playing in the “bubbled” NBA playoffs — meant to protect players from the coronavirus. 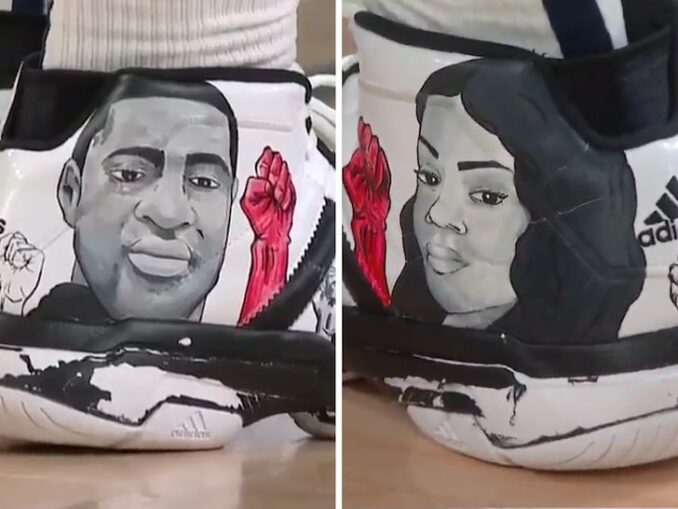 During a post-game interview on TNT, Murray explained what the shoes mean to him: “In life, you find things that hold value to you and things to fight for. And we found something worth fighting for, as an NBA, as a collective unit. And I use these shoes as a symbol to me to keep fighting. . . . They give me a lot of power.” (Aug. 30)