“Against the Loveless World,” Susan Abulhawa’s third novel, is that rarest of treasures, a bona fide masterpiece. The kind of novel that you don’t just read, but inhale. The kind that fills your heart and mind for long after you’ve turned the last page. 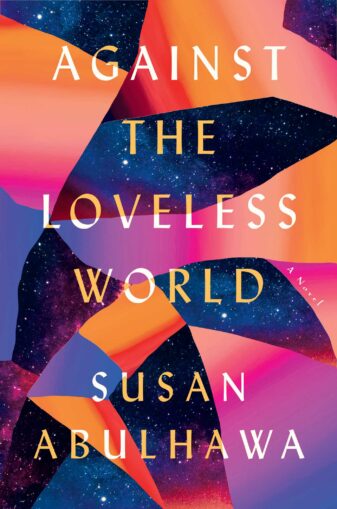 Why? Not only because this is great art, although that it surely is. The writing is gorgeous. The characterizations are deep and complex. The story is engaging, with a page-turning plot, an un-put-down-able momentum.

This is also political art — a category which is derided and largely suppressed by this country’s bourgeois literary establishment, but rightly valued in most of the world for its capacity to inform, educate and raise consciousness. “Against the Loveless World” does all that and more.

Susan Abulhawa is a Palestinian-American poet, novelist and activist. In her hands, as in the hands of the great masters like Toni Morrison and James Baldwin, the novel transcends its own form. It becomes more than mere story. It is a lesson, and it is a weapon. It will open the eyes of readers with little knowledge or understanding about Palestine. For those who are already partisans of the great Palestinian struggle for liberation and self-determination, it will strengthen and inspire.

From Nakba to settler terror

The protagonist, Nahr, is a Palestinian woman whose life unfolds in unexpected directions. Imperialism, invasion, occupation, colonialism, racism, sexism, class are the context of her life. From the Nakba, the great catastrophe of the establishment of the Zionist settler state, to every subsequent attack and land grab, to the U.S. wars against Iraq, to the West Bank settlers’ murderous terror campaigns against the people, their lands and livelihoods — all this intersects with Nahr’s daily life and its trajectory through the years.

But Nahr is no mere symbol. She is a fully drawn character, with all the quirks and contradictions that every human being has. Abulhawa deploys exquisite skill in depicting Nahr, drawing the reader in to care about her deeply. The novel also explores issues around sex work, LGBTQ+ oppression, friendship and more, all woven together through Nahr’s story.

She suffers much. She survives. This too is part of the book’s political art, to show through Nahr how Palestine survives no matter what.

For in a sense, Palestine itself is the book’s other key character. Depictions of the Palestinian landscape, culture, traditions and struggle are integral to Nahr’s story, as it interweaves with stories of her family, friends and neighbors. The result is a novel that powerfully conveys both the everyday lived experience of struggling to survive under Israeli occupation and how that experience gives rise to resistance.

How Nahr and her comrades resist — and the price they pay for their actions — can’t be described without spoilers. Suffice it to say that, as the novel reaches its climax, it becomes clear that these freedom fighters have the right to fight in any way they can and by any means they choose.

For those who know little about Palestine, that might be an eye opener. They will finish the book with a fuller understanding of the struggle. For those who already stand in solidarity with Palestine, “Against the Loveless World” will deepen their unconditional support.

This is a beautiful, wrenching, soaring, searing novel. It will move you to tears. Let it also move you to action. Long live Palestine!