Vanessa Lee Naisha is a Black transgender woman being held in an all-male prison in Delaware. She is a subscriber to Workers World newspaper and is a member of Food Not Bombs Solidarity. 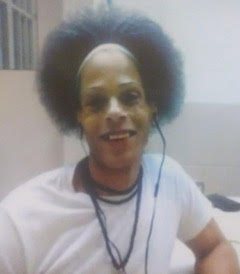 My name is Vanessa Lee Naisha. I am a 57-years-young transgender woman. I am an African American woman born April 25, 1963. I was born in Philadelphia; however, in the early years of my life I ended up in New York state.

Transitioning in a male prison has been nothing less than torture! I have purposely been placed in very hostile situations by the authorities. I have had prison staff as well as prisoners degrade me verbally, and prisoners refuse to sit at a table with me in the chow hall. I basically live on an island.

I am treated as if I were toxic. The common names I am called are “fag,” “homo” or “the Punk.” Prison staff have stood next to prisoners as I pass by and get laughed at.

I am forced to wear facial hair, because the razors that the prison permits ruin my face and skin. Laser hair removal is readily available, but the prison would rather have me drag a razor across my face three times a week and have me damage my face and endure pain and suffering.

When I was finally approved for Hormone Replacement Therapy (HRT), the torture reached new levels. The medical provider did not prescribe the correct amounts. At first it was found that I was ingesting too little, and then it was too much. I felt like a test dummy or a lab rat. But then again, test dummies and lab rats are treated a whole lot better. As much as I am laughed at and mocked, I sometimes feel like the circus is the place where I belong.

Although it is well known that I am transgender and my name is Vanessa, I am still referred to as “he” and “him.” The prison staff’s clear intent is to discourage me from being transgender.

The prison staff know that if they place me in a cell with random people that it would bring about problems. Needless to say, security placed me in cells and on units with individuals who are transphobic.

Violence came about and put me in a position to defend myself, and I did so effectively. Each time that I was attacked, I turned the tables, and still I was placed in isolation (the hole), and security allowed others to steal my personal property.

Simply put, transitioning in a male prison has been a living hell.

Now I am on HRT, which has caused me to develop visible breasts, and still male guards are allowed to strip-search me. I have been threatened that if I do not strip, then I will be placed in the hole, where I am forced to strip. How is it that I am on HRT; I have breasts; I wear bras and panties; I am on the Transgender List, and my name is Vanessa, but a male guard may strip me, viewing my breasts and undergarments?

That single action goes against everything. It is well-established throughout the federal court system that gender dysphoria is a serious psychological condition. Therefore by law I have certain rights, and I know this.

The same way that male guards are not permitted to strip-search women at female facilities, it should not be permitted with me. How is it that I am seen as a woman up until the point of strip search?

By prison staff knowing that I am transgender and still allowing male guards to strip-search me shows they are intentionally hostile to my gender dysphoria.

Currently pending before the District Court of Delaware is a civil action that I filed against officers and prison officials.

The action asserts that the officers and officials were deliberately indifferent to my gender dysphoria by allowing male guards to strip-search me. I am also challenging the constitutionality of the strip-search policy.

This is not exclusively about me. My main objective is to get a policy put in place that will protect the LGBTQ2S+ prison community.