The Democratic and Republican national conventions have come and gone. If someone asks who cares, the answers would be diverse and interesting. Do these conventions matter? Does the 2020 presidential election matter? One could easily answer no; they really do not matter.

What does matter are the ultracrises of unemployment, evictions, health care and education which are pummeling the working class.

What matters is that the basic democratic right to vote is in danger, trivializing the blood shed to obtain it. Oppressed people, notably the Black community and women, fought and died to gain voting rights. 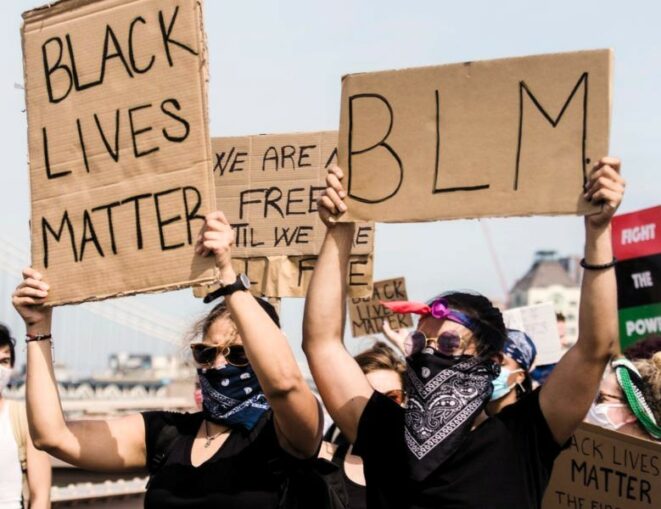 Protesters risked arrests to challenge the RNC in Charlotte, N.C.

What matters, too — and is the most traumatic — is the brutality of racist police terror that continues unabated and plagues so many Black communities. Just as palpable is the situation of migrants being held in detention cages or being stateless.

So if the question is what to do about all this, what is the answer?

In the Trump era, the word racism has become outdated. It is open white supremacy that is defining the agenda.

Trump was elected on an anti-Mexican, anti-immigrant agenda. That agenda resulted in sheer horror. For example, hundreds, if not thousands of children of migrants who were stolen from their parents, are missing.

Just recently, 39 missing migrant children were “found” in Georgia, reported CNN on Aug. 29. Their captors were charged with sex trafficking, kidnapping and more.

During the summer, migrant advocates exposed the mistreatment of detainees at the Adelanto ICE Center in California, which was “disinfecting the facility by spraying hazardous chemicals in poorly ventilated areas, causing people to develop bloody noses, burning eyes and coughing fits, which could further spread the coronavirus.” (Desert Sun, June 27)

Now Trump has shamelessly turned his attention to the struggle of Black people for liberation, by targeting the Black Lives Matter movement. If politicians in the past used “dog whistles” to reach their racist base, Trump employed a siren. This is why the Republican convention matters.

The Trump campaign invited the McCloskeys to speak at the RNC. This is a call to war against the Black Lives Matter movement. Patricia and Mark McCloskey pointed a gun at BLM protesters as they marched past their St. Louis, Mo., home on June 28. During the convention, these fascists declared that Democrats “want to abolish the suburbs altogether, by ending single-family home zoning.” (CNN, Aug 25)

The McCloskeys’ appearance was just one of many such calls to arms during the Republican convention. The RNC was really a rally convened specifically to attack the Black Lives Matter movement, which has brought millions of protesters into the streets from Minneapolis to Portland, Ore., and from Kenosha, Wis., to Washington, D.C. All RNC speakers decried and vilified this massive movement, by using words such as “anarchy,” “anger” and so on.

The BLM movement, which erupted following the horrific police murders of George Floyd, in particular, and Breonna Taylor, is righteous. However, it scares the ruling class — and not just the Republicans, but Democrats as well. This movement is Black-led, but it has solid support from Brown and white people.

‘Anybody but Trump’ line refuted by many

The debate among many people within the activist community is what to do about the November election. Hardly anyone is enthused about Biden. Many are just settling with the “anybody but Trump” line.

But it is a new day, when so many are not falling behind this false line.

It is notable that the Democratic Socialists of America, a body that is radical but falls short of genuine Marxist-Leninist revolutionary ideology — especially on U.S. imperialism and racism –- is not getting out the vote for Joe Biden.

DSA wrote on May 12: “Following the withdrawal of Bernie Sanders from the . . . race, our country has lost the only viable . . . candidate advocating the comprehensive reform we need to address this pandemic head-on. [Biden’s] . . . differences with Sanders and the broader left could not be starker, as was recently made clear when he committed to vetoing Medicare for All. Biden’s recent, disgraceful embrace of anti-Chinese xenophobia and credible allegations against him, are dangerous examples of how corporate Democrats continue to fail at stopping the ugly advance of far-right politics, racism, and misogyny.” (dsausa.org)

The Democrats are completely incapable of stopping the “far-right politics, racism and misogyny” that are thriving under the capitalist system today.

Just look at how the Democratic Party leaders treat Congresswoman Alexandria Ocasio-Cortez and the  other women of color in the “Squad,” who are attempting to fight hard for their constituents, mostly people of color. Republicans who spoke at the Democratic National Convention were given 1,000 times more time for their remarks than Ocasio-Cortez.

The Democrats are unable to stop the Republican Party, because both parties are beholden to the billionaires. 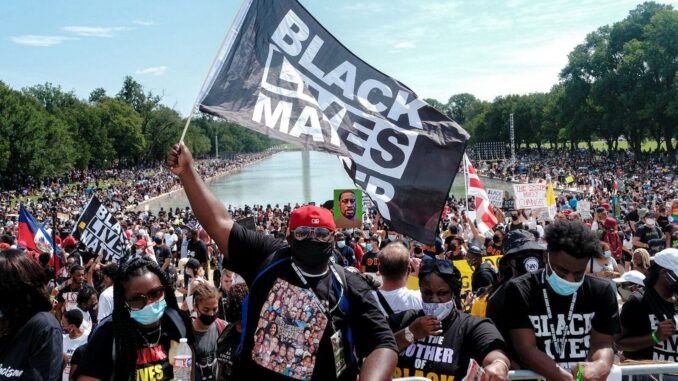 What really matters is the class struggle!

Nonetheless, the rise of anti-scientific, ultraconservative, far-right forces in the Republican Party must be challenged. QAnon has taken hold of new politicians, including Marjorie Taylor Greene, who won a House primary runoff election in Georgia. (New York Times, Aug. 11)

This is dangerous if we are to stop the COVID-19 pandemic, which has not only been aggravated by Trump, but is today being denied almost altogether.

What if Trump is reelected? Will another Trump administration quickly call for opening up the economy, the schools, bars and beaches, ushering in a new wave of coronavirus deaths?

The New York Times of Aug. 5 wrote that “the richest president in history has gotten financial support from nearly one-in-10 U.S. billionaires.”

The Biden campaign reports its financial resources amount to $699 million. The Trump campaign states it has $1.21 billion! (NPR, Aug. 21)

If one asks who the billionaires want to be president, and if one believes that it is the rich who really pick the president, then one would conclude that Trump will win.

And if the electoral college continues to represent the racist and class interests, as it was established to do, then no matter who gets the most votes in November, Trump will be reelected.

Key is which forces will defend the Black Lives Matter movement and build class unity toward realizing its full potential — a chance to demand reparations for the horrors of slavery — and maybe flourish, not to simply help build a new, just society for Black people, but for all oppressed and working people.

The Brown and white youth fighting alongside their African American sisters, brothers and people of all genders know what is truly at stake. The Democrats are clueless and gutless. The Republicans are white-supremacist terrorists.

The only solution is the people fighting for their own class interests.