The Free Library of Philadelphia is the latest city institution to succumb to the power of workers organized against oppression and unfair labor practices.  On June 25, library workers formed the Concerned Black Workers of the Free Library. By July 23, their public revelations about a long-time culture of discrimination forced the resignation of Director Siobhan Reardon. 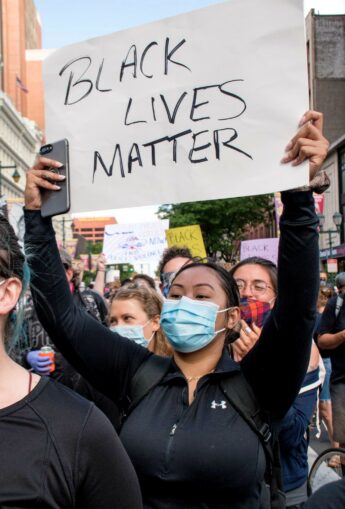 In an open letter to management, Black workers described a work environment that failed to address their safety and welfare during both the COVID-19 pandemic and the days of police violence that followed the murder of George Floyd. As libraries reopened during the pandemic, workers reported expired hand sanitizer, personal protective equipment of poor quality and insufficient supplies overall.

Library management showed an insincere commitment to the Black Lives Matter movement when they allowed the National Guard to house troops in the Northwest Philadelphia library branch, located in the predominantly Black community. But the library employees’ petition against this practice got no results. The troops had been deployed to the city to terrorize peaceful protesters who were calling for an end to state violence against Black people.

Now these workers are calling for the removal of library Board of Trustees’ chair Pamela Dembe.  Both Director Reardon and Dembe failed to respond to repeated calls to address racial bias within the library, including pay inequality and poor representation of people of color in leadership positions and on the library board.

Dembe made a particularly offensive remark that people of color who were rich enough to be board members were hard to find. Dembe has a history of racial bias.

Prior to joining the library board, Dembe served as the presiding judge of the Philadelphia Court of Common Pleas. In 2001 she refused a motion by political prisoner Mumia Abu-Jamal for an evidentiary hearing on new evidence of overt racial bias in his case.

Dembe deemed it irrelevant that a court stenographer overheard Judge Albert Sabo tell a prosecutor, “Yes, I’m going to help them fry the n—-r.” In 2012, Dembe imposed a life sentence without parole on Abu-Jamal, without even notifying him — a violation of constitutional and Pennsylvania statutory law.

Black workers at the Free Library have been making their demands known for some time, but the response from Reardon and the library board has been slow, at best.  The workers describe an environment where racial discrimination is rampant and grievances are not taken seriously by management.

When one Black staff member planned to use a National Endowment for the Humanities grant she received in 2017 to host programming around the killing of Black men by police, she was told the title she proposed, “Black and Blue,” was controversial, since it portrayed police in a negative light.  Her new title selection, “The Legacy of Race and Policing,” also met with resistance, including a proposal that she invite “divergent opinions — which could include hate groups.” (libraryjournal.com)

In 2019 the Free Library had just over 800 employees. Some 391 were Black and earned an average of $7,533 less than the library system’s median salary, while white workers averaged $12,012 above the median.  Payroll data show Black workers are disproportionately represented in lower-paying subordinate or maintenance roles.

In June 2019, library employees disrupted an all-staff meeting to address the racial biases and the need for a functioning Diversity and Inclusion Committee.  A survey sent to employees revealed that 86 percent of respondents had witnessed or experienced racial bias, along with reports of homophobia, Islamophobia, transphobia, xenophobia and anti-Semitism.

These revelations by the Concerned Black Workers of the Free Library caught the attention of several well-known speakers scheduled to be part of the library’s on-line summer events. On July 2, Colson Whitehead, a Pulitzer prize-winning author of “The Underground Railroad” and “Nickel Boys,” cancelled his Philadelphia library event in solidarity with the workers.  Other speakers followed Whitehead’s lead.  Whitehead said his backing out of the speaking engagement was a “no-brainer when so much of the Black staff is in revolt about how they’ve been treated.”

On July 17, more than 240 non-Black library staff signed a letter to Reardon, the Board of Trustees and the Board of Directors supporting the demands of their Black co-workers.