Data are everywhere. In 2020, technology is a ubiquitous part of everyday life for many workers in this country and around the world. We use social media and email to keep in touch with family and friends.  We watch livestreams of events and activities that take place across the globe.  We text and stream music on our commutes to work.  The list goes on. 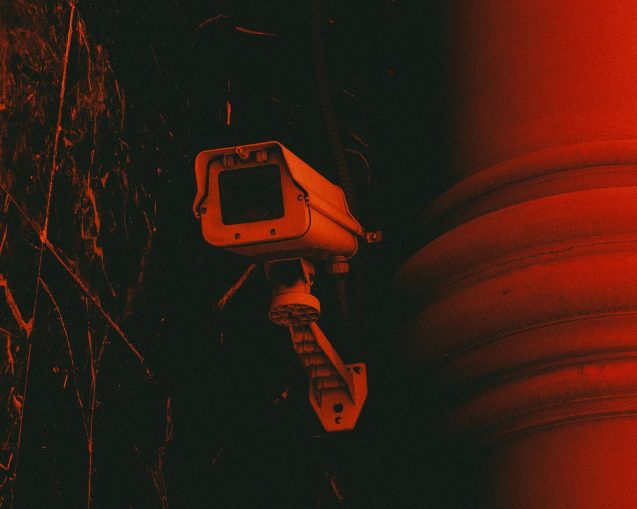 In the midst of the ongoing COVID-19 crisis, technology has played an even greater role in our everyday lives as a means to maintain social contact in an era of social distancing.

The incredible development of technology in even the last 20 to 30 years has ushered in a number of changes to global capitalism, largely to the advantage of capital. (Read “High Tech, Low Pay” at workers.org/books. In the book, published in 1986, Workers World Party Chairperson Sam Marcy showed how these developments affected workers and globalized the economy.)

Technology has increased capital’s ability to put workers into direct competition with one another for jobs — and drive their wages downward and worsen their working conditions, irrespective of the country in which they reside.  It has given rise to higher levels of automation and led to many other developments.

On the other hand, technology has given the working class the ability to communicate and organize itself on a global basis; that was not possible even a short time ago.  Driving down wages and working conditions lays the objective basis for the further politicization of the multinational working class.

These technological developments have been tremendously profitable for the capitalist class. The Big Five tech giants — Apple, Microsoft, Amazon, Alphabet (Google) and Facebook, as they are collectively known — have had a 184% increase in market value in the last three years. (tinyurl.com/y2vudh2h)  This has occurred while the value of the rest of the stock market during the same period has more or less stayed the same. In turn, these five corporations wield an incredible amount of political power and influence, which are woven into many facets of our lives in more ways than we may realize.

Along with the militarization of police departments has been their increasing reliance on and use of high-tech tools for surveillance and repression.  They are employed in large part against working-class and communities of color, as well as the political movement. The federal forces now being mobilized by Trump to put down the righteous rebellion against white supremacy across the U.S. have a battery of these tools at their disposal.

Major tech corporations are not only making software and other products that are used by police agencies, but they are actively cooperating with many state agencies to develop sophisticated tools for their use. The list of such collaborations is numerous.  They include Amazon’s sharing video and images captured by their Ring doorbell devices, Microsoft’s development of databases for use by police departments in major cities, and the development of racist facial recognition software and “predictive algorithms,” to name a few.

At the same time, workers at these giant tech corporations have engaged in a new wave of organizing in recent years, not only around their own working conditions.  They have increasingly opposed the role their corporate employers play in society — from providing technology for the Pentagon to collaborating with Immigration and Customs Enforcement and the police, contributing to climate change and enabling workplace sexual harassment and violence faced by women and gender-nonconforming workers.

Notably, many Google workers have objected to the company’s collaboration with ICE and the U.S. Border Patrol. Also, the company’s rewarding sexual abusers with multimillion-dollar severance packages led to a global walkout by employees. Executives retaliated against some organizers of the protests.

Harnessing technology to aid the struggle

As organizers, activists and revolutionaries, we make every attempt to harness these tremendous developments to strengthen our ability to communicate with one another, to reach our class, to propagandize against the system — and ultimately to aid in the development of struggle-oriented organizing.

Our first instinct should always be to figure out how to politicize and organize our class however and wherever we can. Naturally, we use many of these tools in our day-to-day work — setting up Facebook events, sending mass emails and communicating via text messages and phone calls.  During the pandemic, we have regularly used Zoom to conduct webinars to put forward our perspective on the pressing political questions of the day.

While we must continue to do this work, it’s worth taking a critical look at how our movements use technology and then assess dangers presented to our work and our class by the development of technology and the use of regular massive data collections by these corporations, particularly now. Consideration should be given to what is needed to protect ourselves in the short term and move toward a longer-term strategy to break our reliance on these corporate tools altogether.

Examples of egregious collection of data by police agencies and the active use of and collaboration by law enforcement with these giant tech corporations for the purposes of repressing our class are numerous.

In one instance, FBI agents arrived at the home of Lore Elisabeth Blumenthal in the Germantown neighborhood of Philadelphia on the morning of June 16 with a warrant for her arrest. Blumenthal is being held without bail by the federal government on charges that she allegedly participated in burning two police cars during protests on May 30 in response to the heinous police murder of George Floyd.  She faces up to 80 years in prison. In identifying Blumenthal, federal agents used photos and publicly available information from such popular social media sites as Etsy, LinkedIn and Poshmark.

This is only one of many examples of police forces increasingly using social media and other technological tools to surveil and repress the current Black Lives Matter uprising, in addition to the outright mobilization of federal agents to attack and repress righteous demonstrations, such as those in Portland, Ore.

U.S. Customs and Border Protection has been purchasing access to automated license plate reader databases since 2017.  The agency stores images collected from public and private license plate readers on roadways across the U.S. This information gives CBP the unprecedented ability to track and target the movement of nearly anyone.  This is on top of CBP and other police agencies’ regular and well-documented purchases of cell phone location data, which the Wall Street Journal reports has been used by ICE to terrorize and detain migrant workers.

According to research conducted in 2016, the Big Five tech corporations complied with roughly 70% to 80% of requests from law enforcement agencies to share user data with them. Additionally, Google reports that in 2019, it received over 52,000 requests for user data affecting over 140,000 accounts, and the company complied with 82.5% of these requests. (tinyurl.com/yy5z4qk6)  In some cases, these “requests” were accompanied by a National Security Letter, essentially an indefinite gag order that prevents the recipient from even saying they received such a letter.

These examples are in addition to regular and ongoing surveillance, terror and repression faced every day by working-class communities, particularly those composed of Black and migrant workers. They are subjected to regular interruptions conducted by state agencies and right-wing forces which use social media, cell phone location data, facial recognition software and other high-tech tools for repression.

What can organizers do?

So what should we do about the threats we face every day, not only in our political work, but also when members of our class leave their homes or connect on the internet? Are these challenges so vast that we should simply acquiesce to the fact that our information is being regularly collected and troved by big tech and police agencies alike?  Or should we retreat into only using the latest encrypted apps and leave social media altogether?

Both acquiescing and retreating are incorrect responses. Considerations around security must be balanced against the necessary tasks of intervening in the living class struggle and building a broad mass movement that brings in workers, particularly now during the uprising that continues to break out around us.

Adopting organizational and personal practices around security, and advancing broader consciousness about the myriad ways that the state, the right-wing and technology corporations collaborate to surveil and impede our movements, is paramount. Several guides on how to do just that have been developed by movement organizations and are readily available online.

Raising demands and engaging in the struggle to defend our movements against political repression, which include pushing back against the arsenal of high-tech tools, will become increasingly important.  So too is connecting this fight with active worker struggles inside these corporations.

To be sure, such a task is much easier said than done. But as these issues become more widely understood and addressed in a serious way by our movements, this task should orient our long-term interventions around them. This will aid in the development of a revolutionary movement of the working class that can fight for and win socialism.