This is a slightly edited version of a talk given on a June 25 Workers World Party webinar on “LGBTQ2S+ and the Black Lives Matter movement.”

How fortunate we all are to be in the struggle together this particular June Pride Month — a month of historic uprising and outcry against racism, with young people of color and young queer people in the lead, so much so that many Pride actions have also become Black Lives Matter protests and marches. This happened here where I am, in Syracuse, N.Y., on never-ceded Onondaga land. 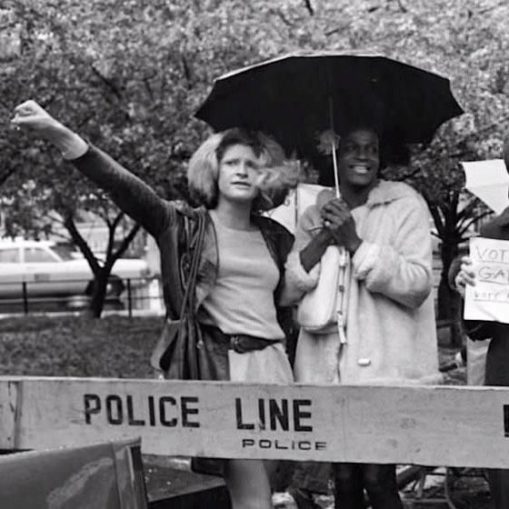 This has also been a historic month in terms of U.S. Supreme Court decisions. There was an unprecedented victory for the LGBTQ2S+ community when on June 15 the court re-interpreted Title VII of the 1964 Civil Rights Act to make it illegal for employers to discriminate against a person because of sexual orientation and transgender status. Previously, federal law banned job discrimination because of sex — assigned at birth based on traditional male/female definitions — but did not protect sexuality or gender identity/expression.

when the Supreme Court sided with DACA recipients — the Dreamers who are immigrant children brought to the U.S. by parents with no legal standing here. The ruling said they could stay in the U.S. — for now.

Why did a court with an acknowledged 5-4 deeply conservative majority give these progressive decisions? Because there is an outright intransigent uprising and outcry against racism going on in the streets, highways and byways of U.S. metropolitan cities, in small cities, high schools and universities, even stockcar race tracks, even suburban neighborhoods. This rebellion is led by young people of color, young queer and trans people, young immigrant people who have generated a mass movement that is changing the social and political landscape of the U.S. The monuments of white supremacy are literally being laid low.

The role of the U.S. Supreme Court — to which judges receive a lifetime appointment — is to make rulings that, over time, help the capitalist ruling class maintain a grip on power. So when mass movements say, “Enough is enough!” and rise up in the streets, threatening profound change, the court can be forced into progressive rulings to try to keep a lid on revolution. But the court also zealously rules to buttress up the capitalist state, as SCOTUS did on June 15 — the same day as the positive LGBTQ2S+ ruling. They affirmed that cops — whose main role is to protect capitalist property — continue to have “qualified immunity.” This protects cops from being prosecuted for crimes — like killing people.

A history of struggle

The glorious uprising that is going on now in June has deep roots in Black and Latinx and other struggles against national oppression — and also deep roots in the revolutionary origins of LGBTQ2S+ Pride in the U.S. The very first uprisings that sparked the 20th century LGBTQ2S+ movement were led by trans and queer people of color — the Compton’s Cafeteria Rebellion in San Francisco in 1966, the Black Cat Café Rebellion in Los Angeles in 1967 and of course the Stonewall Uprising in New York City in 1969.

Perhaps people are most familiar with two trans women of color who were combatants and leaders in the fighting at Stonewall — Marsha P. “Pay It No Mind” Johnson and Sylvia Rivera — but many, many more whose names are unknown to history were also fighting back.

These earlier uprisings were rebellions against the criminalization of LGBTQ2S+ sexuality. In the 1960s you could still be prosecuted as a felon in every U.S. state if you were gay or lesbian or had any kind of sex that fell under the vicious “sodomy statutes” — the “crime against nature” laws. There were also many laws on the books criminalizing so-called “cross-dressing” or acts of gender nonconformity.

The uprisings then were also fightbacks against police raids on queer bars and social gatherings — raids justified by the sodomy statutes and gender-policing laws — raids in which there was unending daily, weekly cop violence, police humiliations through public stripping, arrests, beatings, torture, rape in jail cells and publication of the arrests that often led to queer suicides.

The uprisings were emphatically rebellions against the brutal racism of cops, not just at the bars, but also night and day against the overwhelmingly poor, often very young trans and queer people of color who survived by doing sex work on the streets.

These queer rebellions gathered force and power from intertwining with other struggles going on in the 1960s: the fight against racism and national oppression waged by the Black Civil Rights and Black Nationalist currents, Indigenous and Latinx struggles, and the antiwar and women’s liberation movements. Black Panther Party co-founder Huey P. Newton issued a statement of solidarity with gay liberation and women’s liberation in 1970. Sylvia Rivera was a member of the Young Lords Party, a revolutionary organization that fought for self-determination for Puerto Rican, Latinx and other colonized people.

In 1970 an organization founded by Johnson and Rivera — Street Transvestite Action Revolutionaries — issued the following demands: An end to homophobia, racism, incarceration, police harassment and job discrimination, and said: “All oppressed people should have free education, health care, clothing, food, transportation, and housing.”

The STAR manifesto ended: “We want a revolutionary peoples’ government, where transvestites, street people, women, homosexuals, Puerto Ricans, [Indigenous], and all oppressed people are free, and not f–ked over by this government who treats us like the scum of the earth and kills us off like flies, one by one, and throws us into jail to rot. This government who spends millions of dollars to go to the moon, and lets the poor Americans starve to death.”

These are the revolutionary fightback currents that have streamed down from the 1970s through the 1990s into this Pride Fight Back Month. These are some of the roots of this historic new rebellion against racism and national oppression and for a liberation that includes gay, lesbian, bi, trans and gender-nonconforming people and women, people living with disabilities, workers and poor people.

And it is this mass uprising that is forcing unprecedented concessions — like the Supreme Court rulings — out of a capitalist ruling class established on colonization and white supremacy.

The lesson is clear, as Frederick Douglass said: “Power concedes nothing without a demand.” This is a mass uprising that gives us the promise: A better world is in birth!