The South African Communist Party (SACP) welcomes the progressive thrust of the Joint Statement of the Extraordinary China-Africa Summit on Solidarity Against Covid-19. The statement was released on Thursday, 18 June 2020, following the summit, which was attended by African Heads of State. In particular, the SACP welcomes the call for a united response to, and collaborative efforts in, the fight against the novel coronavirus (Covid-19). The summit was convened at a critical juncture in Africa’s battle against Covid-19, following a joint initiative by China, South Africa in its capacity as the Chair of the African Union, and Senegal in its capacity as the Co-Chair of the Forum on China-Africa Cooperation (FOCAC). 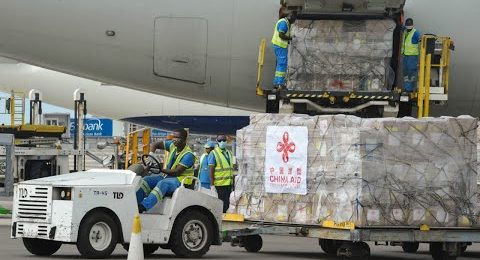 The commitment from the summit to jointly safeguard global public health security, protect the legitimate rights and interests of developing countries, make a greater contribution to world peace and development, and build a community of health for all is an important one. The SACP strongly supports the commitment and says: World peace and development should be bound up with justice. This must necessarily involve a decisive stand against imperialism, as well as the fight for democratic sovereignty.

The African continent as a collective and the various African states, individually, must thus unshackle themselves from the legacy of colonialism [and] build a people-based healthcare system, having due regard to the relevant African conditions. The Covid-19 pandemic is one of the latest disasters to show that states that have a socialist outlook or adopted measures with socialist orientation in their responses, such as solidarity, fare much better than those that derive their guidance from the capitalist dog-eat-dog market fundamentalism.

On the one hand, countries such as Cuba and China sent out medical brigades to assist other countries. This important intervention was based on solidarity. On the other hand, those that are guided by the profit, maximising greed at the expense of human life, were looking for opportunities to benefit financially from the pandemic, no matter the fatalities. As if that were not enough, the United States made use of the pandemic to intensify its imperialist aggression against other countries, such as Cuba and Venezuela, to name but a few.

The SACP welcomes support for the debt service suspension initiative and stance for the lifting of sanctions endorsed by the summit. The sanctions and the unjust and unsustainable international financial institutions’ debt, interests and penalties are a serious problem in the face of the Covid-19 pandemic. The SACP, therefore, reiterates its call for the international financial institutions’ unjust and unsustainable debt, interests and penalties standing in the way of development in developing countries to be cancelled.

Before Covid-19, the world was gripped by a capitalist crisis. The crisis before Covid-19 is worsening as a result of the impact of Covid-19 crisis and imperialist aggression. In addition to heightening its imperialist aggression against Venezuela and other countries, including blocking humanitarian Covid-19 aid to Cuba, the United States announced its withdrawal from the World Health Organisation.

The SACP says: We cannot go back to the crisis before the crisis. The SACP calls for the various peoples of the world to unite not only against the Covid-19 but must also against capitalism.

Established 1921 as the Communist Party of South Africa/CPSA