On June 10, thousands of STEM (Science, Technology, Engineering and Math) educators and workers around the U.S. and worldwide organized the #ShutDownSTEM and #ShutDownAcademia one-day work stoppage in solidarity with the ongoing Black uprising. Grassroots Black gender-oppressed STEM organizers galvanized their co-workers to join in the nationwide call for #AStrikeForBlackLives. 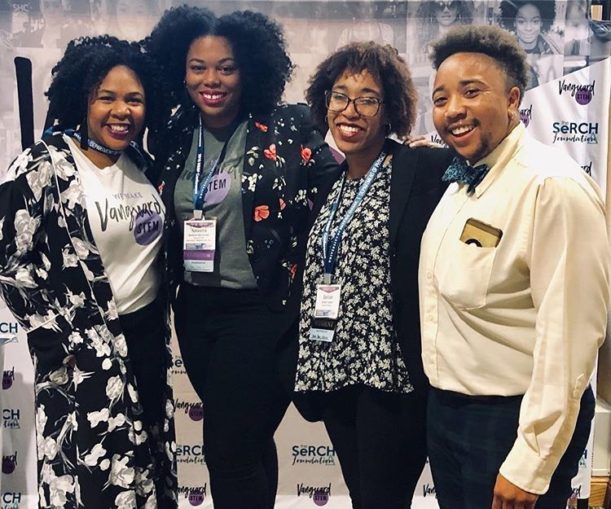 STEM has been a uniquely privileged field for years, exhibiting many of the most anti-Black exclusionary practices, while commanding many of the highest salaries and creating profoundly dangerous technologies.

Much of the STEM industry operates in direct or implicit relationships with the U.S. Department of Defense to support the U.S. empire — developing bombs, missiles, chemical and biological weapons. More recently, STEM has shifted to developing technology for surveillance and social control. Increasingly, STEM fields exercise more economic control, too, as Wall Street turns to computational methods of reallocating resources into the pockets of the ruling class.

Enough is enough! After years of organizing with the people in the streets, STEM workers said, “No more!” on June 10. They took a day away from their normal activities to reassess their relationships with powerful groups. They trained in combating anti-Blackness within their field and took up their impact on society.  The workers began the process of developing a restorative relationship with the people and the communities they have harmed.

The one-day strike was conceived of as a collaboration between two groups, Particles for Justice and VanguardSTEM. Particles for Justice organizes the STEM sector as a multiracial collective of STEM educators and workers that is explicitly centered on its Black members. VanguardSTEM is a majority Black collective of nonbinary people and women of color that hosts a web series of panelists who share techniques and practice to use STEM as a tool for social justice.

The organizers recognized the profound power that workers, specifically workers in fields valued by U.S. imperialists, exercise with respect to ruling-class anti-Blackness. Using their many organizational connections, organizers reached millions of workers who took part in the effort and have begun to take action in the pursuit of Black Liberation.

Researchers deeply embedded in the cult of white supremacy have begun efforts to educate themselves about the true nature of U.S. imperialism, and they are incorporating this information into their decisions about funding, research directions and workplace relationships.

An immediate step the researchers took was to organize community and workplace fundraisers to aid those struggling in the streets. Donations go into bail and bond funds, COVID-relief funds or help with the distribution of essential goods by groups such as Food Not Bombs. It is refreshing that so many workers show a preference for providing food aid to communities, when they work for an industry that has historically produced weapons of destruction.

While it remains to be seen what the full impact of the #ShutdownSTEM effort will be, it definitely was a powerful display of solidarity. The action may lead to some meaningful change in material conditions, and it will serve as a preview of the power of a united working class as the uprisings continue.

Shut down STEM! Shut down academia! Strike for Black lives!