The Department of Justice has given the Drug Enforcement Agency the power to surveil the people participating in the nationwide uprising against police brutality. At first glance, this might be perplexing to some. Why would an agency that focuses on drug trafficking take action against those fighting for racial justice? 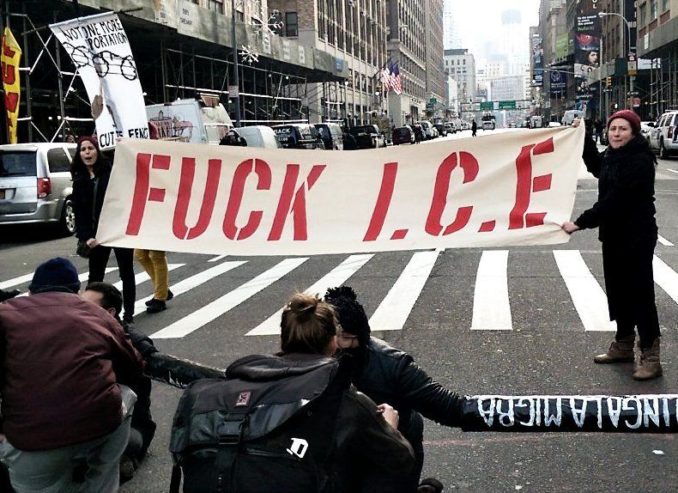 In actuality, this move makes a good deal of sense. One need only consider the racist nature of the “war on drugs.” The DEA, as a tool of white supremacy, is working in concert with other state apparatuses of oppression and repression.

On the evening of June 1, law enforcement personnel brutally cleared Lafayette Park in Washington, D.C., of peaceful protesters decrying the police murder of George Floyd, so that President Donald Trump could walk to a nearby church for a photo-op.

The next day, Attorney General William P. Barr stated in a Department of Justice press release: “I am grateful to the many federal law enforcement agencies and personnel who helped protect the District [of Columbia], including the FBI, Secret Service, Park Police, ATF [Bureau of Alcohol, Tobacco, Firearms and Explosives], DEA, Bureau of Prisons, U.S. Marshals Service, Capitol Police, Department of Homeland Security’s CBP [Customs and Border Protection] and Border Patrol units, and others.”

The fact that the U.S. Border Patrol — another federal agency that has long brutalized Black and Brown people — is involved thousands of miles from any U.S. border gives credence to the argument that the institution of the state in this country is inherently white supremacist. Federal law enforcement agencies are first and foremost tools of repression, meant to maintain prevailing social relations and inequality.

Bhagat Singh, an Indian revolutionary, said on Feb. 2, 1931: “The state, the government machinery is just a weapon in the hands of the ruling class to further and safeguard its interests.” (tinyurl.com/y8yrwfrz)

In the case of U.S. capitalism, these interests are tightly bound to — and indeed dependent on — the racialized order that is maintained through violence against nonwhite and hyper-exploited populations.

The open collaboration of these law enforcement agencies also suggests that top state officials feel threatened enough to think it is necessary to lift the thin veil on the state in order to protect the fragile order of the country’s white ruling class. They have every right to be fearful for they know that what is at stake is their own position of dominance.