June 14 — The massive Black Lives Matter uprising has aroused demands that the U.S. Armed Forces rename the 10 military bases named for Confederate generals and ban the use of racist symbols — such as the Confederate battle flag.

For the second time in weeks, top military officers must confront the president. Earlier the Pentagon’s highest generals and admirals denounced Trump’s threat to use active-duty troops against antiracist demonstrations. This time Trump said he would refuse to rename any military bases.

Both recent conflicts involving Pentagon officers vs. Trump reflect the innate class and racial contradiction within the U.S. military. The military recruits rank-and-file troops and noncommissioned officers from the working class, with high concentrations from oppressed communities. 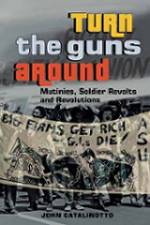 With 17 percent of troops in all the forces African Americans, and an even greater concentration of Black Americans and other people of color in the Army and Marines, the potential exists for massive dissension, disaffection and even revolt at a time when antiracism is at the top of the masses’ agenda.

Since the movement among civilians has many active supporters among young white workers and students, the same may be true among members of the Armed Forces — given the pervasiveness of racist ideology of U.S. society.

No more acceptance of open racism

The top officers realize that the movement that arose after George Floyd’s murder has made it impossible for the Armed Forces to continue to accept or stonewall decades of insulting racist treatment of its  people of color members. Troops of color have had to tolerate the gut-wrenching pain of training and serving in bases named for racist, proslavery officers who committed treason by supporting secession in the 1861-65 Civil War.

Now the largest protest movement in U.S. history is saying, “No more.” And the Pentagon officers, fearing a potential movement inside the military that would have massive civilian support, are offering symbolic concessions to defuse any internal uprising.

The Army has 10 bases named after Confederate generals, including the major facilities of Fort Benning, Fort Bragg and Fort Hood. Confederate Army Gen. Henry L. Benning was a leader of Georgia’s secessionist movement and an open advocate of preserving slavery. Gen. Braxton Bragg first fought the Seminole Nation in Florida and later the Union Army.

Today’s movement is saying they all must go, along with the monuments to Confederate officers it’s removing by hand, where city and state governments don’t move quickly enough.

The righteous fury against all racist symbols has also impacted the U.S. Marine Corps and the U.S. Navy.

In a June 5 ruling, the USMC said: “The Marine Corps shall remove the Confederate battle flag from all installation public spaces and work areas in order to support our core values, ensure unit cohesion and security and preserve good order and discipline.” (CNN, June 5) And added in a Twitter comment: “The Confederate battle flag has all too often been co-opted by violent extremist and racist groups whose divisive beliefs have no place in our Corps.”

The ruling names no specific date for this action nor any consequences if the rule is flouted. That is, there are no teeth in the rule — at least not yet.

The Navy’s top admiral announced June 9 that he will follow the example of the Marine Corps regarding removal of public displays of the Confederate battle flag.

The simple removal of racist symbols, which would mark a progressive advance, would still leave intact the basic reactionary nature of the U.S. Armed Forces. The Pentagon pretends its role is to defend freedom and democracy. Its real main task, however, is to impose the rule of U.S.-based banks and giant monopoly corporations on the people of the world — that’s U.S. imperialism.

For the new movement now underway, however, whose aim is to smash not only the symbols of racism, but to eliminate structural racism in all its forms, these developments in the Armed Forces should send a signal. They provide an opening to support antiracist movements within the Armed Forces and to support any individual service members who speak out or act against racism.

As this battle against racism in the Armed Forces develops, it brings people into struggle, open to new ideas, including the troops. Trump’s racist orders mean a sharp conflict may occur. This struggle can provide an opportunity to explain the central reactionary role of the U.S. Armed Forces and to organize resistance, including among rank-and-file troops.

Catalinotto is author of “Turn the Guns Around: Mutinies, Soldier Revolts and Revolutions.”