In SOLIDARITY we demand:

No Justice! No Peace! 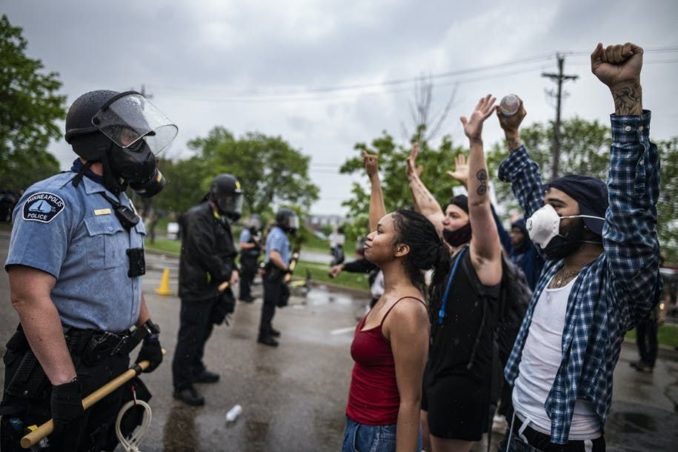 Minneapolis protest for George Floyd May 26.

On June 1, Trump invoked the 1807 Insurrection Act to deploy the military inside the U.S.  Trump announced: “I am dispatching thousands and thousands of heavily armed soldiers, military personnel, and law enforcement officers. … We’re going to clamp down very strong.”

He called on governors to use state National Guard, military police units to “dominate the streets.”  Then he put his top military adviser, Chairman of the Joint Chiefs of Staff Gen. Mark A. Milley,  “in charge” of the response to the protests.   He declared: “We’re going to do something that people haven’t seen before.”

The real Looters are the giant corporations that seized ALL the COVID-19 stimulus money. The real criminals are on Wall Street and in the White House. There is lots of money for police overtime and sending in the National Guard. But there is no money for emergency relief for workers and oppressed or to fight the pandemic.