Prisoners are acting to protect themselves and each other in the middle of the global pandemic as they protest inhuman cages across the country and across the world. In the brutal facilities of incarceration in the U.S. alone, there have been hundreds of recorded actions related to COVID-19 since late March. 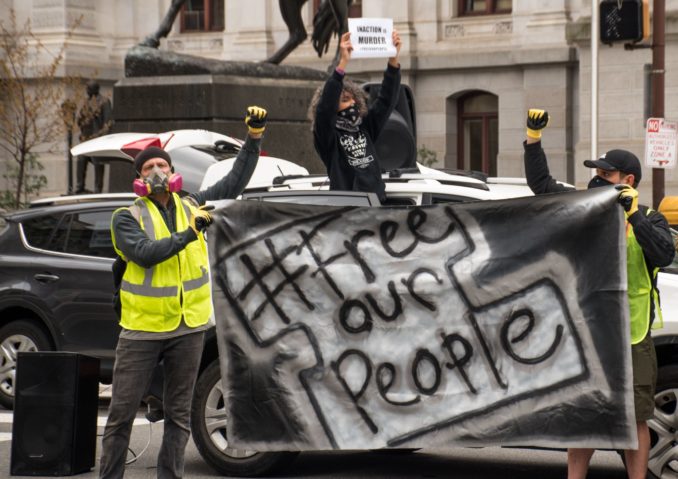 The frequency of this resistance clearly demonstrates that prison conditions are rapidly deteriorating in the present health crisis. As the prisoner support group Free Them All Connecticut says, “Jail and prison walls can’t contain the spread of the virus. What is on the outside will be on the inside, and what happens to our communities on the inside will affect us all.” (freethemallct.org/about)

Prisons, jails and migrant detention centers stand in defiance of public health needs every day. The colonizing capitalist class has murdered countless humans in a myriad of ways for hundreds of years. They will continue to do so at an unprecedented rate, unless we act in response to what those affected are calling for.

Incarcerated people are alive, ready to fight and yelling to be heard in any way they can. They have the right to resist their premature death, by any means necessary. Solidarity with our incarcerated siblings! Free Them All — for public health!

This list of prisoner actions from perilouschronicle.com is extensive — and by no means represents all actions, many unknown or unreported.

May 3: Protest at Catahoula Correctional Center, La.
May 2: Fire and disturbance at Cummins Unit, Ark.
May 1: Uprising at Bristol County House of Correction, Mass.
May 1: Uprising at Southern State Correctional Facility, Vt., during May Day protest outside the walls
April 30: Strike organized by Immigration and Customs Enforcement detainees in Women’s Unit, Adelanto ICE Processing Center, Calif.