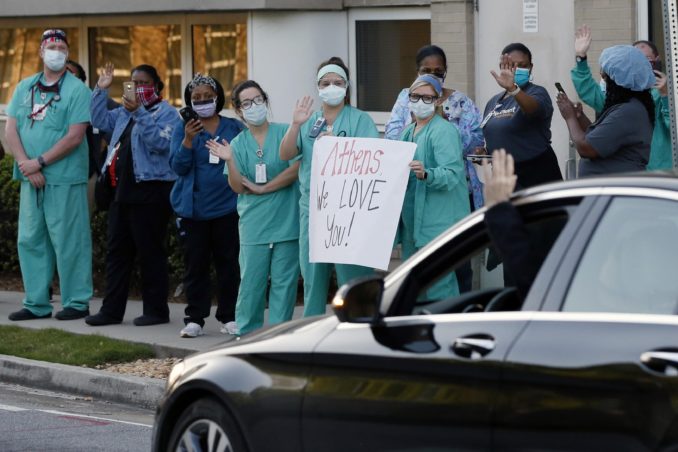 Even as Georgia reopens certain businesses during the COVID-19 pandemic, the state’s Department of Public Health continues to make errors in tracking the number of COVID-19 cases.

One error found earlier this month on the state’s DPH website led readers to believe that newly confirmed COVID-19 cases in counties with the highest infection rates had decreased every single day for the previous 14 days.

In this DPH data, the dates were reordered so that Sunday took place twice a week, and data from Saturday, May 2, came before data from Sunday, April 26. In reality, there was not a clear downward trend of confirmed cases. A spokesperson for Gov. Brian Kemp apologized after public outcry over the data.

Another error occurred in both April and May when the DPH at least twice falsely listed children as dead from the virus when they had not died.

The DPH data for May were unclear on whether more than 1,000 deaths from COVID-19 had occurred in Georgia. Later, the department clarified that more than 1,490 people had died from the virus.

Over the weekend of May 16-17, a DPH “processing error” once again made it appear that the number of COVID-19 cases in Georgia had decreased. The DPH said it had unintentionally included 231 serologic test results in the positive cases. Serologic tests are used to search for COVID-19 antibodies in the blood.

Because results from serologic tests are only considered “probable” by the DPH, they are normally not included in the confirmed cases. By including these serologic tests, the DPH made it appear that COVID-19 cases in the state had suddenly decreased.

Georgia is among the first states in the country to reopen during the COVID-19 crisis. Despite officials saying the state was ready to reopen, Georgia’s own public health agency either cannot or will not provide those affected by this crisis with accurate information to truly assess the danger the virus poses to the working class, especially Black and Brown people.

Besides making “errors,” the DPH has also changed some of its guidelines on how it tracks cases.

When the pandemic started in Georgia, the DPH attributed the date a person was confirmed to have COVID-19 to when they got back positive test results. Since late April, the DPH has changed this to the day a patient says their symptoms started. If the patient is unsure, the department refers to either the day the test sample was collected or when the results came back.

With the latter method, it can take weeks for information on cases to come in, so it will look like cases are decreasing in the state — even if they may not be.

Dr. Harry J. Heiman, a professor from Georgia State University, remarked that if the DPH had kept to its original standards, about a third to one-half of all Georgia counties would be shaded red.