The Lao People’s Democratic Republic, referred to as the Lao PDR or Laos, has not recorded an increase in COVID-19 cases in 13 consecutive days as of April 25. The number of confirmed cases in the southeast Asian country is holding steady at just 19. Sixteen cases were confirmed in the capital Vientiane, while three were found in Luang Prabang. Seven people have recovered, reports Khaosan Pathet Lao (KPL), the news agency of the governing Lao People’s Revolutionary Party. 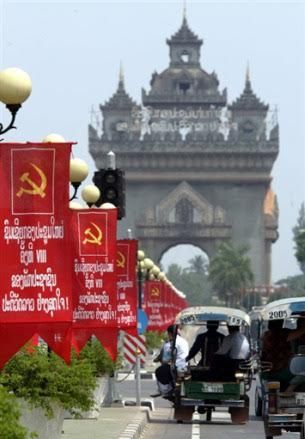 A designated hospital in Vientiane, Mittaphab Hospital (Hospital 150), has treated all cases in the capital city, reducing the spread of infections in the hospital system.

Laos announced its first cases on March 24, nearly a week after the government introduced such social distancing measures as closing all schools and many shops, closing all border checkpoints, and suspending the issuance of tourist visas for at least 30 days.

Immunizations for children are still being carried out, as disrupting them could cause outbreaks of other diseases such as highly contagious measles. Dr. Panome Sayamoungkhoun, director of the Ministry of Health’s National Immunization Programme, stated: “Every infant and every child in the Lao PDR has the right to a healthy start to life that vaccines bring. Even though COVID-19 has arrived in our country, diseases such as measles, pertussis, diphtheria and many other vaccine-preventable diseases have not gone away. These diseases can still damage or even kill our children unless we vaccinate them.”

Dr. Howard Sobel, the acting World Health Organization representative to the Lao PDR, said, “I’d like to commend the Lao Ministry of Health, the National Immunization Programme, and frontline health workers for continuing to provide lifesaving vaccines in these difficult circumstances.”

Socialist priority: Health of the people

The success of the Lao PDR in containing the disease draws in part from the experiences of its neighbors and fellow communist-led countries, Vietnam and China. Vietnam, with a population of 95 million, has had no confirmed deaths from the disease and only 270 cases. China, where the initial outbreak was first detected, has successfully halted the increase in confirmed new cases and its economy is already returning to normal.

These three countries, while having less developed economies than Western countries, have nonetheless been able to prioritize public health needs and prevent the virus from killing the most vulnerable people. Through mass mobilizations of medical workers, party members and soldiers, they were able to quickly coordinate planned, successful responses to the worst pandemic in over a century.

Despite a legacy of vicious imperialist war, Laos today has managed to score an important public health victory, while the country that sought to totally destroy it, the U.S., has more total COVID-19 cases and deaths than any other country in the world.

Laos, like Vietnam, suffered greatly under French rule until 1954 and then endured a brutal U.S. war of aggression until 1975. That ended in communist victories, establishing the Lao People’s Democratic Republic and the Socialist Republic of Vietnam. Laos has been described as the most heavily bombed country on Earth, with the U.S. having dropped nearly a ton of bombs for every person then living there.

From 1964 to 1973, as part of the “secret war” against Laos, the U.S. dropped 2 million tons of bombs on the country, almost equal to the 2.1 million tons the U.S. used in all of Asia and Europe during World War II. An estimated 80 million bombs remain unexploded in Laos, making agriculture impossible in many areas and killing dozens of Laotians every year.

At the end of the war, the Laotian economy and society were devastated, bombed back to a pre-industrial state. The residual effects of the war still create many challenges for the country’s economic recovery and development, but China and Vietnam have both worked with the Lao PDR to promote its development.

In 2016 China and Laos jointly began work on the 257-mile Vientiane–Boten Railway. Set for completion next year, its trains will reach speeds of up to 160 kilometers an hour and will connect Laos to China’s vast rail network. A major part of the project includes clearing undetonated bombs along the line’s route, providing benefits beyond more efficient transportation.

The new railway will also eventually form a route to Thailand and terminate in Singapore as part of a single railway network connecting all the countries of southeast Asia.

Vietnam has long been the largest partner of the Lao PDR, and the COVID-19 pandemic reaffirms the deep solidarity between the two countries. On April 21 the Vietnam-Laos Friendship Association announced through the Lao embassy that it will be donating medical supplies to Laos, including 500 protective suits and 18,500 face masks — including 17,500 medical masks and 1,000 antibacterial cloth masks.

Vice President of the Vietnam-Laos Friendship Association Nguyen Manh Hung said: “That the gifts, despite being small, deeply reflected the sentiments of the Vietnam-Laos Friendship Association members toward the Lao people, contributing to promoting the special solidarity between the two nations and affirming their commitment to holding hands to overcome difficulties caused by the COVID-19 pandemic.” (n.nhandan.org.vn, April 21)