During a time when thousands are dying every day in the United States of COVID-19 and resources are dwindling, the United States has found the resources and money to plant “anti-drug” navy ships off the Venezuelan coast and threaten that country’s leaders with arrest. The Pentagon ordered Navy ships there to display power during yet another attempt to get U.S.-appointed leader, Juan Guaidó, to replace President Nicolás Maduro in office. To top that off, the U.S. put a $15 million bounty on Maduro. 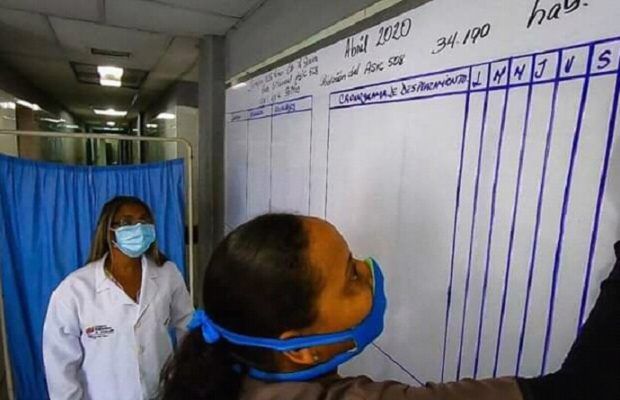 U.S. accusations that Venezuelan leaders are involved in drug trafficking come with no evidence and are blatant hypocrisy.

Colombia, a subservient ally of the United States and a neighboring country of Venezuela, produces and ships the largest supply of cocaine around the world. (tinyurl.com/wzkec6g) The amount of drugs allegedly shipped in the accusation of Venezuelan drug trafficking doesn’t come close to that number.

COVID-19 took the mask off the United States for-profit health model, exposing a grotesque reality: The U.S. government cares more about supremacy and profit than protecting its people. Despite being the wealthiest nation in history, the U.S. has the highest confirmed death toll from COVID-19.

The remarkably high death toll arises from inherent flaws and contradictions in the capitalist system. The COVID-19 battle plays second fiddle to the protection of capital.

The United States may be the wealthiest country in history, but the wealth that it extracts from U.S. workers is only a portion of that wealth. Much of the wealth and the corporate profits come through the extraction of resources and labor from other parts of the world.

The extraction of these resources is nonconsensual. Large portions of Latin America, Africa, Asia and even Europe have U.S. troops present or nearby; and they have to bow to U.S. economic power because of military and economic coercion. Nations that don’t submit to the financial model and the dominance of the U.S. dollar are cut off from the world economy and trade via U.S. sanctions and attempted military coups.

Countries that are working to build socialism and separate themselves from the international capitalist system are under constant attack. Sanctions prevent these countries from getting medical supplies and equipment as well as other necessities, and they sabotage the countries’ economic growth and manufacture discontent. The current attack is focused against Venezuela.

Right now, when the United States can’t provide adequate health care for its population, Washington gave Guaidó $80 million in “Liberation Funds” that are supposed to be distributed to Venezuelan health care workers. However, 17 percent of that money is to go to something called “the defense and strengthening of the national legislative power and the social protection of its members” — a program that seeks to overthrow the democratically elected government of Venezuela.

The United States has seized frozen assets of Venezuela and given them to Juan Guaidó. (venezuelanalysis.com, April 23) Despite the money pumped into the U.S.-Guaidó-attempted coup starting in January 2019, the majority of Venezuela’s population still supports Maduro and the Bolivarian Revolution.

These steps — the anti-drug navy ships, the seizure of Venezuela’s frozen assets and the program to give some of that money to health care workers via Guaidó — are all attempts by Washington to seize Venezuela’s oil deposits. Venezuela’s Bolivarian Revolution had used the money from oil profits to build thousands of hospitals and schools and uplift the overall living standards of working and poor people.

Acquiring Venezuela oil would be a victory for U.S. big business.

For revolutionary Venezuela’s transgressions against U.S. capitalism, the country has been sanctioned, attacked and threatened with invasion. Special interest think tanks and media have falsely claimed that Venezuela doesn’t have “proper elections.” In reality, the only problem with Venezuela’s election is the people’s choice goes against U.S. interests.