At least 17 million workers in the United States lost their jobs from the second week of March to the second week of April. That’s 10 percent of the total workforce. The real number of workers without a job is higher, since the computer systems used to enroll workers in unemployment insurance failed under the load in many states.

Losing your job — which in the United States is often the source of health insurance — is perilous when a pandemic is raging. 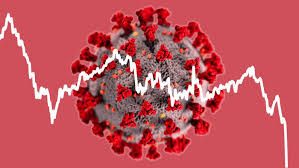 According to the U.N.’s International Labour Organization, the COVID-19 crisis is expected to wipe out 6.7 percent of working hours globally in the second quarter of 2020 — equivalent to 195 million full-time workers. More than four out of five people (81 percent) in the global workforce of 3.3 billion are currently affected by full or partial workplace closures.

In the Middle East the reduction will be equivalent to 5 million full-time jobs, in Europe 12 million and in Asia 125 million. The African Union estimates 20 million workers in Africa will be out of work.

Florida offers UI for only 12 weeks. Its application process was so overwhelmed that its Office of Reemployment Assistance agents had to hand out printed application forms to people lined up in their cars. Filling these forms out and mailing them in adds further time-consuming steps to tunneling through the bureaucracy that blocks workers from getting the aid to which they are legally entitled.

In addition, unemployed workers told the Miami Herald that they made hundreds of unanswered telephone calls to the ORA.  Before receiving a check, you have to complete a call.

The $2 trillion CARES (Coronavirus Aid, Relief, and Economic Security) Act should provide an additional $600 a week per unemployed applicant through July and an extension of the total benefit to 39 weeks. But these funds must be funneled through individual states’ UI.

Florida, whose website can’t accept applications, still hasn’t developed procedures and forms for unemployed workers to get funds due them.

Some workers in New York state with already existing UI claims have gotten the supplemental payment, but they report it is far from automatic.

Payments to workers, even if they are not working, also prop up the economy, which is one of the reasons the capitalists tolerate UI. Another is to avoid provoking workers, who could get angry and take action.

The CARES Act also specifies that every U.S. taxpayer with a Social Security number, even those who make too little income to file for taxes, gets a payment from the IRS of $1,200, with $500 for dependent children 16 and under on a sliding scale. Workers who have bank accounts that accept direct deposits should get these payments automatically.

However, the 30 percent of U.S. workers without a bank account, who are considered “underbanked,” will have to get a check in the mail. This is scheduled to take up to 20 weeks, into mid-September.

That the surge in unemployment is so rapid makes normal estimates of how this crisis is affecting economic activity totally unreliable. Some economists guess U.S. economic output could fall by 4 percent in the second quarter of 2020 — others guess 30 percent. What happens to the pandemic and policy choices by the governors and the White House will play a big role in what happens with unemployment.

Paradoxically, the stock market is going great guns. After April 9, the S&P 500 was up 25 percent from its recent low on March 23 and down only about 14 percent for the year. Investors appear satisfied that the stimulus package from Congress and the actions of the Federal Reserve will boost the shares of big corporations.