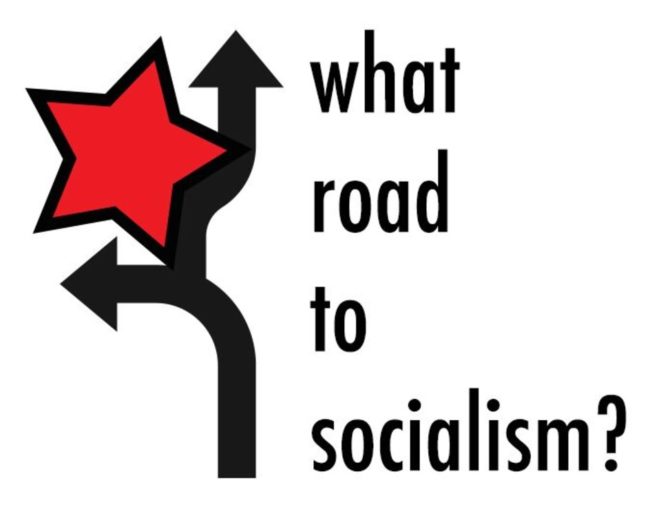 Burning through communities like a raging fire, COVID-19 takes from us those most vulnerable. Already poisoned by environmental racism, people of color are being consumed by the virus at wildly disproportionate rates. The poorest strata of the working class, now dubbed essential, are not permitted to distance themselves from the danger. And frontline health care workers —without fair wages, benefits and vital equipment — risk their lives in fighting to extinguish this plague.

This is the smoldering stage upon which those who struggle for justice find themselves. How can the struggle be won against such overwhelming odds? How will socialists cope with the next unpredictable but inevitable crisis? Only a united working class can withstand this capitalist epidemic.

The crisis of legitimacy

The response of capitalist policymakers to COVID-19 is an unmitigated disaster. In contrast to China, Vietnam or Cuba, the U.S. has failed to effectively quarantine the masses, mobilize health care workers, build emergency hospitals or requisition factories for the manufacture of ventilators and personal protective equipment.

Wall Street, in its insatiable greed, has hamstrung the U.S. government’s attempts to effectively deal with COVID-19. Quarantining people means that workers can not generate profits. Mobilizing health care workers requires hazard pay and benefits. Constructing medical facilities requires valuable real estate and diverts construction companies away from lucrative development projects already in progress. Finally, the manufacturing of vital equipment is constrained by price gouging as capitalists scramble to profit from a crisis.

Wall Street has a death grip on the government; elected officials answer to the financial industry, not the other way around. This capitalist control magnifies the impact of the crisis beyond the health care sector.

Unemployment is skyrocketing. In April so far, a third of tenants nationwide were unable to pay their rent. In a capitalist society, the solutions to these problems are as simple as they are infeasible. Any sensible government would freeze mortgage and rent payments and provide a livable income for the duration of the lockdown.

This is unthinkable for U.S. policymakers and their capitalist masters. It is unthinkable not because of the cost — the U.S. incinerated $1.5 trillion trying to calm the stock market just a few weeks ago — but because it would undermine the legitimacy of the entire sociopolitical system.

If rent payments can simply be “turned off,” if a living income can be distributed with the stroke of a pen — then why has the working class been forced to struggle to make ends meet until now?

A common sense response to this crisis would show that all the pain and suffering hitherto endured by the working class has been intentionally inflicted by those in power. The system of inequality is not the result of the unpredictable, uncontrollable nature of the world, but of a conscious choice to deprive the working class of their health, safety and security in exchange for gargantuan profits to be enjoyed by a small few. No government could command the obedience of its residents after being exposed as so callous.

Nevertheless, the legitimacy of this government is slipping through its fingers. The U.S. has been unable to stop COVID-19, and soon it will be unable to stop the economic recession. The economy was already teetering on an unstable foundation before the coronavirus.

The dual shocks of a collapsing health care system and exploding unemployment lead some economists to predict that the greatest economic recession in our lifetime is imminent.

When the next great depression arrives, who will place their faith in Washington, D.C.?

The needs of the people

The only shelter available to the working class is in unity: The creation of true working-class power is our only countermeasure to disaster capitalism. The working class must be organized into Worker Assemblies — highly structured political bodies that stand in opposition to the capitalist system. What the ruling class fears most is working-class communities banding together to determine their own destiny. 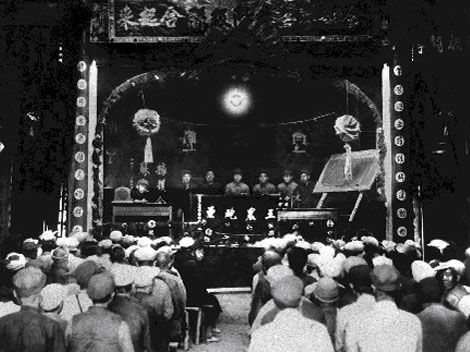 From Petrograd, Russia (1917), and Jiangxi, China (1931), to Caracas, Venezuela, and Chapare, Bolivia, today, the assemblies and councils of the working class have been the engines that drive socialist revolutions. 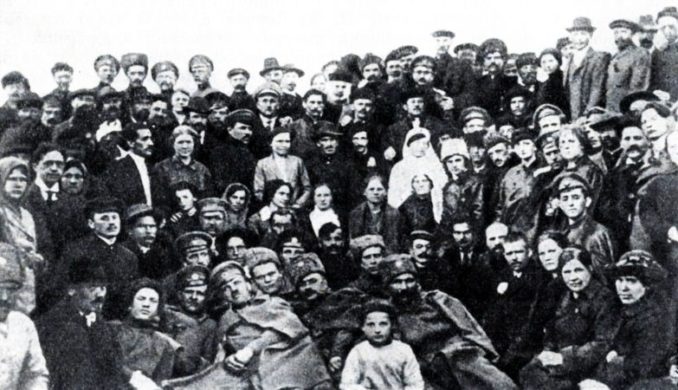 Given the obstacles we face, only Workers Assemblies can coordinate an effective response to COVID-19 that leaves no one behind. The only way to provide the health care needs of the people is for our medical resources to be publicly owned and administered — not by capitalist policymakers — but by Workers Assemblies.

True democratic governance by the working class would put an end to corporate resource hoarding and ensure frontline workers are properly protected and compensated. Nor would a working-class administration, representing all oppressions, allow for the inequitable treatment currently given to people of color, women, people living with disabilities and LGBTQ2S+ patients.

Control of housing must also fall under the sovereignty of the working class. It is not enough to say that no one should be forced from their home because they can not afford rent. Workers Assemblies must be formed to take control of real estate properties and finally end the scourge of homelessness.

There are also many businesses outside the medical industry which claim their workers are essential. However, the pay, protection and benefits these workers receive do not match their newly elevated status. The creation of Workers Assemblies will put an end to this as well. If a business deems its workers essential, then Workers Assemblies must take control of that business.

How can all this be achieved? Building a people’s army requires an army of organizers. The single moral imperative of socialist cadre is to organize those around them. Through deep organizing, socialists must establish connections with workers in every sector. Non-union workers must be unionized, and unionized workers must be radicalized. Tenants, apartment blocks and entire neighborhoods must be brought together to fight landlords, developers, police and border patrol oppression. Socialists must seed ourselves throughout the working class to provide political agitation, education and organization.

The working class is in motion. Already people are organizing together to provide aid and support as COVID-19 ransacks communities. Wildcat strikes are on the rise, as is class consciousness. These are the incipient moves of a larger trend toward workers’ power.

Socialists must not allow this growing movement to be crushed by inevitable capitalist counterreaction. It is our responsibility to see that workers are organized into Workers Assemblies that have the strength to withstand the oppressive tactics of the ruling class.