April 4 marks the 52nd anniversary of the assassination of the Rev. Dr. Martin Luther King Jr., the great civil rights leader, who sacrificed his life to realize a dream for social equality. 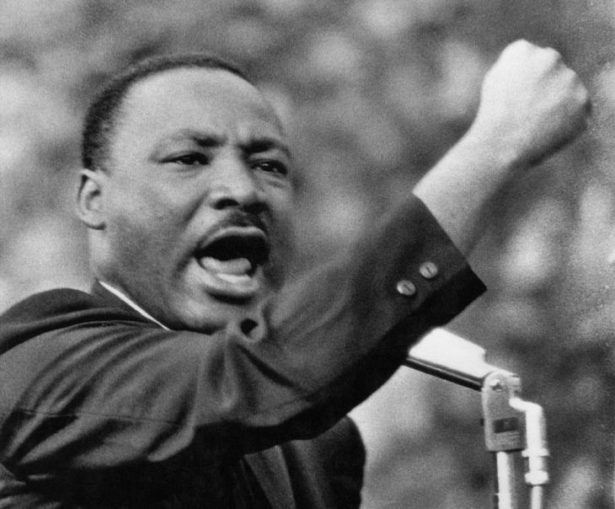 He was gunned down in cold blood when he went to Memphis, Tenn., in 1968 to support Black sanitation workers on strike for dignity, safe working conditions and a living wage. This important struggle epitomized the merging of two sides of the class struggle for economic and political rights.

In a letter to his spouse, Coretta Scott King, in 1952, Dr. King wrote, “I imagine you already know that I am much more socialistic in my economic theory than capitalistic. … [Capitalism] started out with a noble and high motive … but like most human systems it fell victim to the very thing it was revolting against. So today capitalism has out-lived its usefulness.”

The last sentence of this quote is certainly just as relevant now as when it was written, especially considering the staggering crisis of the COVID-19 pandemic and its impact on workers and oppressed peoples on a global scale.

The poorest are suffering

This global health care crisis has overtaken so many sectors of society in the rich, developed countries and the poor, developing countries. Even inside the United States, the most powerful imperialist country, there has been an uphill battle to secure enough testing kits, surgical masks, hand sanitizer, ventilators and other essential health care goods and services to make sure millions of people stay as healthy and as safe as possible in order to contain the spread of the virus.

In this crisis, the most marginalized and the poorest of the poor are suffering in disproportionate numbers. Capitalism — a system that puts profits before people’s needs — is the root cause of the current crisis for millions in the U.S., but some have been suffering more than others for decades and for centuries — especially people of color. Their numbers include both those who identify as African African and also im/migrants from South and Central America, the Caribbean, Africa, Asia and the Middle East — all suffering now from an upsurge in xenophobia.

In New York state and New York City — the epicenter of the COVID-19 virus in the U.S. — one out of four people testing positive are living in the borough of the Bronx. Half of the deaths so far from the virus have also occurred there, primarily due to high numbers of people with pre-existing conditions like asthma and diabetes. (thecity.nyc, April 3)

The Bronx is the poorest of all the New York City boroughs — and that is no accident. Of the overall population there, 35.64 percent are Black or African- American people, 48.38 percent are Latinx and 3.11 percent are Asian or Pacific Islander. And these numbers do not reflect undocumented people, with many families forced to live in close quarters with little or no access to public assistance. This is a population at severe risk and in need of adequate health care.

A pandemic within a pandemic

There is an old African-American saying that goes, “When white folks catch a cold, Black folks get pneumonia.” That statement could be taken figuratively and literally.

For African Americans, the pandemic health crisis has driven home the very hard reality that has existed for over two centuries, since the end of slavery: The U.S. has an antiquated health care system riddled with white supremacy.

Even before this current health crisis hit, African Americans have suffered the highest mortality rates from the cradle to the grave compared to white people. Alarming statistics from the Centers for Disease Control and Prevention (CDC) give an indication of this reality: 54 percent of Black males suffer from high blood pressure and Black people suffer the highest death rate from heart attacks of all populations.

In the Deep South — the poorest U.S. region and home to the largest concentration of Black people — the states of Florida, Georgia, Louisiana, Mississippi, North Carolina and Texas all spend less than $25 per person a year on public health, compared to $84 per person in New York. (Mother Jones, April 2)

According to the 2015 National Medical Association Scientific Assembly, the risk of diabetes was 77 percent higher among Black people than for white people. Depending on where they live, Black women were two and a half times more likely to die giving birth in 2018 compared with white women. (National Center for Health Statistics, Jan. 30)

In light of the general poor health Black people suffer from, along with lack of health care in their communities — both urban and rural — there exists today a pandemic within a pandemic.

The toll of the coronavirus is becoming a genocidal-like crisis within Black communities.

The Michigan Department of Health and Human Services reported on April 2 that of the 11,000 confirmed cases in the state, 35 percent were Black people and 25 percent were white. The state’s death toll from the coronavirus was 40 percent Black people, 26 percent white and 30 percent unknown.

But Black people make up just 12 percent of the state’s population! A quarter of the deaths alone in Michigan have occurred in Detroit, which is 80 percent Black.

In Milwaukee, Wisc., where Black life expectancy is 14 years shorter than that of whites, half of Milwaukee County’s 945 virus cases and 81 percent of its 27 deaths are Black people. The overall African-American state population is 26 percent.

Dr. Camara Jones, a family physician and epidemiologist at Harvard University, who spent 13 years at the CDC identifying, measuring and addressing racial bias within the medical system, stated: “COVID is just unmasking the deep disinvestment in our communities, the historical injustices and the impact of residential segregation. This is the time to name racism as the cause of all of those things. The overrepresentation of people of color in poverty and white people in wealth is not just a happenstance. … It’s because we’re not valued.” (propublica.org, April 3)

According to Dr. Ngozi Ezike, the director of the Illinois Department of Public Health, Black people make up 30 percent of all coronavirus cases reported in the state — more than double the state’s Black population of 14.6 percent. Illinois Gov. J.B. Pritzker commented on these numbers in the area of health care: “It’s hard to make up for decades — frankly maybe centuries — of inequality.” (CNN, April 5)

Workers World Party’s socialist demand of “Free health care for all” raises an answer to the massive, life-threatening situation for all workers and their families. “Black Lives Matter “should also be a main focus of this overall demand, and affirmative action must be implemented in health care to help unmask and remedy this horrific injustice.