The Workers’ Party of Korea is the guiding political body of the Democratic People’s Republic of Korea. From 1950 to 1953, the DPRK was the target of a horrendous U.S.-led war that cost millions of lives. That war ended in a ceasefire, not a peace treaty. Ever since, the U.S. military has used this as an excuse to occupy the southern half of Korea, constantly threatening the efforts of the DPRK in the north to build a socialist country. The following is a recent exchange of messages between the Workers’ Party of Korea and Workers World Party of the United States regarding the global coronavirus epidemic. 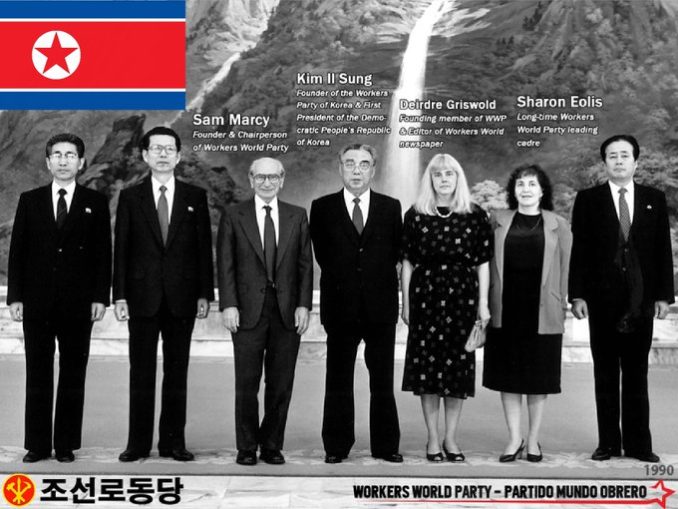 COVID-19 is rapidly spreading over many regions and countries across the world at the moment, turning up as a malicious pandemic which may cause worldwide disaster.

We have been watching the situation of the United States where COVID-19 is spreading on a large scale, and the number of the infected persons and the dead is increasing, with deep concern.

The current COVID-19 crisis fully exposes the corruptibility and weakness of the capitalism which prioritizes the interests of conglomerates over the health and life of the masses of working people, while further strengthening the conviction of the justice of the cause of our two parties.

Reaffirming the invariable and firm solidarity of our party to the Workers World Party, we sincerely wish leaders and all members of your party, as well as their families, good health and happiness without getting hurt from such a fatal pandemic.

To the Central Committee of the Workers’ Party of Korea

Thank you for your kind and thoughtful message of solidarity as people all over the world confront the dangerous new coronavirus. We are proud of our strong bonds with your revolutionary party, which has for so long successfully resisted the criminal efforts of U.S. imperialism to return all Korea to neocolonial bondage.

Yes, we agree. The rapid spread of this disease in the United States has tragically made apparent the inability and unwillingness of the capitalist rulers to organize any effective defense of the people in a crisis. Because the profit motive governs every aspect of life here, there is no overall planning based on people’s needs. The result is already documented: The U.S. now has more cases of people infected with COVID-19 than any other country in the world. And the number of cases is increasing rapidly, as the for-profit health care system here becomes overwhelmed. At the same time, the economy is in a tailspin, even after the government poured hundreds of billions of dollars into the stock market to protect the interests of big corporations and banks.

While this epidemic is a great challenge for the leaders of any country, we are confident that your party, based in the working class and dedicated to building socialism, is doing everything it can to safeguard the lives and health of the people of the DPRK.

On behalf of the Interim Central Committee of Workers World Party