Katz is an economist and a professor at the University of Buenos Aires. His website is lahaine.org/katz. Published with his permission. Translation by John Catalinotto.

March 13 — The global economic crisis is deepening at a rate as dizzying as the pandemic. The reduction in the economic growth rate and the sudden slowdown in the Chinese production system are now behind us. Now the price of oil has collapsed, the stock markets have collapsed and panic has set in in the financial world.

Many suggest that economic performance, which was acceptable, was abruptly altered by the coronavirus. They also predict that the pandemic may cause a recurrence of a collapse similar to that of 2008. But on that occasion the guilt of bankers, the greed of speculators and the effects of neoliberal deregulation were immediately visible. Now the only thing being discussed is the origin and consequences of a virus, as if the economy were another patient affected by the earthquake in health. 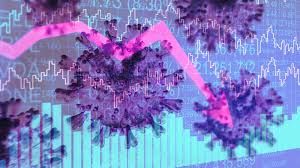 In reality, the coronavirus triggered the pre-existing strong tensions in the markets and the enormous imbalances accumulated by contemporary capitalism. It accentuated a slowdown in the economy that had already weakened Europe and was plaguing the United States.

The chasm between that slowdown and the continued euphoria of the stock markets foreshadowed the bursting of the typical bubble, which periodically inflates and punctures Wall Street. The coronavirus has precipitated this collapse, which is not due to any unforeseen illness. It only repeats the well-known pathology of financialization.

Unlike the 2008 bubble, the new one is not located in the indebtedness of families or in the fragility of banks. It is concentrated in the liabilities of large companies (corporate debt) and in the obligations of many governments (sovereign debt). In addition, there are serious suspicions about the health of investment funds, which have increased their preponderance in the purchase and sale of bonds.
The capitalist economy generates these quakes, and no vaccine can ease the upheavals unleashed by the capitalists’ greed for profit. But the misery, unemployment and popular suffering caused by these earthquakes have now been obscured by the terror of the pandemic.

The fall in oil prices also preceded the health tsunami. Two major producers (Russia and Saudi Arabia) and a major player (the United States) dispute the setting of the benchmark price of fuel. This rivalry ruptured the institution that had contained the devaluation of crude oil (OPEC plus 10).

The overproduction that precipitates this cheapening of oil is another underlying imbalance. The surplus of goods — which extends to both commodities and raw materials — is the cause of the great battle between the United States and China.

The two main determinants of the current crisis — financialization and overproduction — affect all corporations, which have either papered the markets with securities or gone into debt in order to raise surplus production they are unable to sell. The coronavirus is totally unaware of these imbalances, but its appearance lit the fuse of an arsenal saturated with goods and money.

Several specialists have also highlighted how the capitalist transformations of the last four decades have affected the magnitude of the pandemic.

The connection of these outbreaks with urbanization is very visible. The overcrowding of the population and its forced proximity multiplies the spread of the germs.

The effect of globalization is also evident, with an exponential increase in the number of travelers and the consequent spread of contagion to all corners of the globe. The way in which the coronavirus has caused the collapse of aviation, tourism and cruise ships in just a few weeks paints a striking portrait of that impact.

Capitalism has globalized many lucrative activities in a dizzying way, without extending this remodeling of the borders to the health system. On the contrary, privatization and fiscal adjustments have strengthened the lack of protection in all countries against diseases that are globalizing with unusual speed.

Some scholars also recall that several research programs to learn about and prevent new viruses dropped studying SARS. What prevailed were the interests of the pharmaceutical conglomerates, which gave priority to medicines for patients who could pay for them. A pathetic example of this primacy of profit was seen in the United States at the beginning of the pandemic — charging for the coronavirus test. This lack of free testing reduced awareness of cases at a key time for diagnosis.

Other experts highlight how the habitat of many wild species has been destroyed in order to drive the industrialization of agriculture. Such environmental devastation has created the conditions for accelerated mutation or the manufacture of new viruses.

China has been an epicentre of these changes. In no other country has urbanization converged so rapidly, with integration into global chains of production and the adoption of new food standards.
In the cream of the establishment, the coronavirus has already recreated the same fear that plagued all governments during the financial collapse of 2008. That is why the response is being repeated and why the relief of large companies is being prioritized. But there are many doubts about the current efficacy of that script.

Governments are trying to counteract the collapse of the level of activity with lower interest rates. But the cost of money is already at a low level, which makes the reactivating effect of the new lowering of interest rates uncertain. The same unknowns generate the massive injection of money and the reduction of taxes.

The dollar and U.S. treasury bonds have once again become the main refuge of capital, which seeks protection from the crisis. But the leading power, the United States, is currently commanded by a brutal president, who will use those resources for the imperial project of restoring U.S. hegemony over its rivals.
For that reason, unlike in 2008, a total lack of coordination prevails in the face of the collapse that hovers over the economy. The cooperation exhibited by the G20 has been replaced by the unilateral decisions taken by the respective powers. A defensive principle has been imposed: Save yourself at the expense of your neighbor.

Not only does the United States decide measures without consulting Europe (the suspension of flights, for example), but the countries of the old continent act on their own, ignoring their membership in a common association. All the consequences of a globalization of the economy — within the old framework of the national states — are surfacing in the current quake. No one knows how capitalism will deal with this scenario.

The terrible consequences of the crisis for the Latin American economy are clear to see. The collapse of commodity prices is complemented by massive capital outflows and large currency devaluations in Brazil, Chile or Mexico. The collapse of Argentina is beginning to turn into a mirror of hardship for the entire region.

It is evident that the coronavirus will hit the most impoverished and produce unimaginable tragedies, if it reaches countries with nonexistent, deteriorated or demolished health systems. Due to the high contagiousness of the pandemic and its strong impact on the elderly, the hospital structure already flounders in advanced economies.

At the debut of the coronavirus, questions about the behavior of various governments multiplied. There were strong indications of irresponsibility, concealment of data or delays in taking preventive steps — in order to not affect business. But the drastic reaction that followed began to resemble the imposition of a war economy. This shift has been influenced by the contagion suffered by several members of the elite of ministers, managers and entertainment figures.

The media also oscillate between hiding the problems and stimulating collective terror. Some use this fear to spread racism, harassment of China or denigration of immigrants. But everyone blames the coronavirus for the crisis, as if capitalism had nothing to do with the ongoing turmoil.

The powerful are looking for scapegoats to exonerate themselves from the dramas they originate, promote or mask. The coronavirus is the great danger of the moment, but capitalism is the enduring disease of today’s society.