The author is a veteran Portuguese Marxist and an editor of the web magazine jornalmudardevida.net. Workers World publishes this March 24 article with his permission. Translation by John Catalinotto. 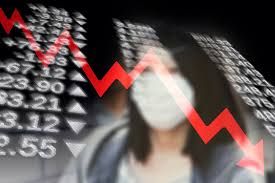 It would be all too easy for people to attribute the ongoing economic crisis to the coronavirus. The propaganda peddlers already call the market collapse “the COVID-19 crisis.” But, as in chemistry, you have to distinguish between reagents and catalysts. The emergency created by the viral epidemic has only precipitated what was already unfolding and which the most attentive observers had been predicting for at least months.

The outbreak of the 2008 global financial crisis was readily attributed to the “greed” of speculators. Now, the finger is pointed at the unanticipated COVID-19. In both cases, what you sense is the attempt to absolve the capitalist system and thus hide the essential causes of this new collapse.

An abrupt but predictable plunge

Recent precipitous stock market plunges demonstrate that the inevitable is already happening: The financial bubble created in the last decade is bursting at the seams, with fictitious capital moved for speculation evaporating at the rate of millions per hour.

The “recovery,” of which there was talk a few months ago, appears to be nonexistent. All the wealth, real or virtual, amassed in the hands of a few, proves to be entirely useless in responding to both the health and the economic crises.

The world’s leading economies, not to mention all of them, are shrinking and entering recession. The International Labor Organization predicts a growth in unemployment of between 5 and 25 million, on top of the almost 200 million already seen (estimated 188 million in 2019 by ILO).

Poverty will hit 9 million more workers. Large companies (such as, in the case of Portugal: TAP, Autoeuropa, PSA or Continental) are closing down or going bankrupt. Thousands of small businesses close their doors to no longer open them.

Twelve years later, none of the evils of 2008 has been solved, and the crash today promises to be even more violent.

A crisis within the crisis

In fact, this is not a second crisis, this one attributed to the virus. It is rather a relapse of the crisis that started in 2008. Faced with the collapse of business, the “solution” then consisted of trying to cover the huge debt of financial institutions by filling their coffers with more fresh money. That is, the “solution” to the debt was to increase the debt — and make the working class pay for it, using austerity measures.

Over the past 12 years, there has been a colossal accumulation of capital and wealth in fewer and fewer hands. Far from representing real progress, this has come through the impoverishment of wage labor. This included a marked degradation of infrastructures and public services, especially health and social assistance (which is now proving to be criminal); faster environmental destruction; fiercer competition among capitalists and empires; and an unrestrained proliferation of armed aggression and economic sanctions.

No real economic revival has taken place — only the temporary stabilization of finance and the recovery of the profits of speculative capital. While the euphoria of the stock markets lasted, power and its mouthpieces deceived the working classes with the false idea that the economy was in recovery. They spread illusions of progress in an indefinite future in order to silence the resistance of those who were paying the costs of saving capital in the present.

The order of factors counts

The epidemic acts then as an accelerator, but it is not the source of the economic crisis that is once again being unleashed now. It is, moreover, perfectly plausible to admit that, if the capitalist economy were in good health and advancing, the economic effects of the pandemic could be overcome — with damage — but without the catastrophe that is now unfolding.

What is more, if the economy and the power of the governments focused on the common good, there would be extensive health care, stocks of goods and medicines, research aimed at the prevention of new diseases, open and honest international cooperation without narrow interests — and the health crisis could then be faced without panic and fought with means that now do not exist because they have been neglected.

In this sense, it is the protracted crisis of this senile capitalism that makes the coronavirus epidemic a catastrophe, and not the other way around.

What’s in sight, then, is the intrinsic weakness of today’s capitalism: the resulting inability of the entire social system shaped by it to respond to collective needs; its total inadequacy to meet the demands of an open, transnational, global, egalitarian human society.

The relapse we are now witnessing not only highlights the stagnation experienced since 2008. It also confirms the limits of the globalization process that began in the 1990s. The benefits that imperialist capital has derived from the expansion seen in the last 30 years all indicate that they have come to an end. It is the perception of this limit that underlies the protectionism and nationalism used by major powers such as the U.S. or Britain.

Given the dead end to which the whole system has reached, the perspective that the world faces is not a miraculous new surge of progress: It is the atrophy of globalized capitalism.

In the emergence of the pandemic, it is apparent that the glorified “private initiative” and the sacrosanct “market” are unable to meet the minimum social requirements: life and health. There is no shortage of examples: Private clinics and hospitals only become effective when incorporated into the National Health Service [in Portugal]; the practice of keeping no inventory [“just-in-time”] creates glaring shortages of essential goods and equipment; countless economic activities prove to be absolutely superfluous because there is no plan to meet social needs; state bureaucracy proves to be a hindrance in providing aid to victims; supply chain monopolies have come close to breaking down; and the private character of the banks prevents the social wealth it accumulates from being properly channelled.

The state rolls up its sleeves and takes on all the burdens of collective life in order to carry out the tasks which entrepreneurs do not perform — in a further demonstration of how useless and parasitic capital has become. But the state only comes on the scene, ultimately, to rescue capital from death — by socializing losses, nationalizing companies if necessary, printing money over the top — in the hope that the wave will pass and business can later be resumed, charging interest on today’s losses.

The gigantic cash injections (much higher than in 2008) that governments are already making — giving liquidity to stagnant companies, distributing money to try to maintain consumption, suspending budgetary limitations in the case of the European Union, etc. — will increase public debts and state deficits to levels never seen before, and they will not be able to prevent another massive liquidation of capital, that is, of social wealth.

The foreseeable consequence will be mass unemployment, a drop in direct salaries, the irremediable loss of pensions subject to the misfortunes of stock market speculation, the further degradation of public services — all contributing to increasing the burden on the back of the working masses.

All that effort proves how the capitalist economy, which has become obsolete, cannot respond to today’s collective demands, and how the survival of capitalism drags society as a whole into chaos. The demand for a new, socialist social order has gained full strength.

The emergency measures themselves, ironically, come close in formal terms to this need: to ensure minimum purchasing power for everyone, to provide free and universal health care and social support, to maintain employment and wages despite the fall in business, to requisition private companies for useful production, to nationalize strategic sectors. But the capitalist class nature of the state makes all this limited, temporary and aimed at restoring the system of exploitation further ahead.

Not by chance, the rulers and the propagandists of power have referred to “war” regarding the pandemic. They aim to create an obedient unanimity in the population, to gain space to combat social protests and demands that may arise. They thus create the conditions for the arbitrariness of power, for repressive intervention, under the false argument that evil strikes everyone equally and that everyone is being defended equally.

Under the banner of “war” on the pandemic, power seeks to conceal the real class war that inevitably worsens in the conditions of impoverishment and social breakdown that lie ahead. The only effective warfare, from the point of view of those who work, is against a socioeconomic system that repeatedly proves incapable of ensuring well-being, life, health.

When the whole of humanity is driven to the brink of chaos — that is the imminence of where we are — the question is how to create the social force that will push into its grave a capitalism that has exhausted its capacity to provide progress. In the absence of such force, it becomes inevitable that the working class will again suffer (and now, in all likelihood, in an aggravated manner) when the costs of this stroke hit the old capitalist world.

The only agent capable of real social change is the working class. It is in its hands to become conscious of its role and organize itself to impose such a change.