China and Cuba have made significant scientific advances in curbing the COVID-19 pandemic. China is considered the world’s front-runner in the development of a vaccine, while Cuba’s antiviral drug, Interferon Alpha 2b, is reducing the number of deaths. Both countries, in outstanding acts of socialist internationalism, are sending doctors and medical supplies to suffering countries in the midst of the pandemic.

In contrast, the U.S. has a weak health care system infected by capitalism with no centralized plan. The government is allowing the virus to spread by relying on for-profit companies to supply testing kits and necessary medical equipment in the country.

The U.S. administration is worsening the virus globally by increasing sanctions and blocking aid to over 39 countries, containing one-third of the world’s peoples.

On Dec. 31, China had alerted the World Health Organization about a new strain of the coronavirus that was causing a severe respiratory illness. WHO named the disease COVID-19. The actual virus that causes the disease is SARS-CoV-2, which was so designated by the International Committee on Taxonomy of Viruses. 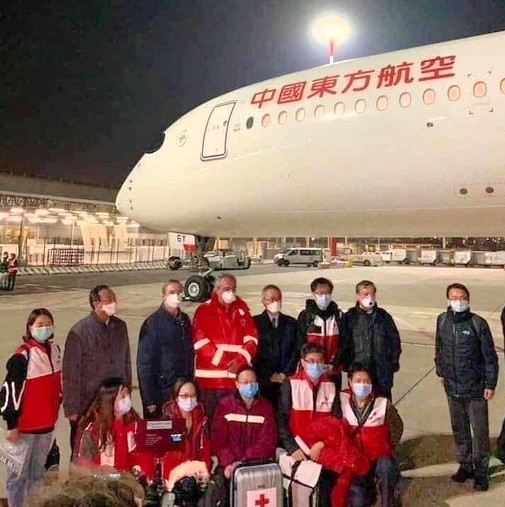 Within a week, Chinese scientists had isolated the virus from a patient, sequenced its genome and published the information for the world to freely use. China’s speed in sequencing a previously unknown genome was unprecedented.

Creating a vaccine for COVID-19

There are seven known coronaviruses and they all cause respiratory infections in humans. Once a coronavirus enters the body, it advances directly to the lungs and can cause a range of respiratory symptoms from dry cough to fever to viral pneumonia. Coronaviruses are zoonotic, meaning they transmit from animals to people.

Coronaviruses are covered with spikes that form a crown or corona around the virus. These attach to lung cells with their spikes, allowing them to invade and kill the cells.

Many scientists are working on vaccines by focusing on two features of the virus — the hooks at the end of the spikes and also the point of contact where those hooks cleave or crack the cell wall to gain entrance into the cell.

As of March 14, China’s CanSinoBio lab had begun testing a vaccine for COVID-19 in Wuhan province, where the virus was first identified. The lab developed a genetically altered SARS-CoV-2 virus that was unable to cause infection but was effective in creating antibodies. The vaccine proved safe in trials with animals so scientists are now testing the vaccine on a large group of 108 healthy adults, aged 18 to 60.

Chinese scientists successfully created a similar vaccine for Ebola in 2017. They also used their experience and technology to create the new vaccine against the SARS-CoV-2 virus.

Lagging behind China, a U.S. company, UModerna, says it will begin a smaller set of trials on people in Seattle with a vaccine that uses only a part of the SARS-CoV-2 genome.

In a process not yet ready to proceed to human trials, Regeneron Pharmaceuticals in Tarrytown, N.Y., genetically modified mice to have human immune systems. The mice are exposed to the SARS-CoV-2 virus, causing a build-up of antibodies to fight the virus. Scientists have isolated the mouse antibodies and will combine them with antibodies from humans who have recovered from COVID-19. The company predicts making an antibody cocktail to use in human trials “soon.”

Cuba may have already developed a successful medicine able to cure some cases of COVID-19.

Interferon Alpha 2b is an antiviral drug that Cuba developed during a dengue fever outbreak in the Caribbean in 1981. This interferon drug creates conditions within cells that limit the replication of the SARS-CoV-2 and MERS viruses.

Interferon is a naturally occurring chemical in cells that alerts nearby cells of an invading virus, causing them to heighten their antiviral defenses. Dengue fever and coronaviruses have evolved the ability to destroy interferon and get through a cell’s defenses.

Cuba’s Interferon Alpha 2b was designed to mimic the response of the cells’ natural interferon and thus boost the immune system against the illness.

In China, the Cuban-Chinese company, ChangHeber, has been producing Interferon Alpha 2b since 2003. That drug helps people with compromised immune systems avoid some of the complications of viral invasions.

As soon as COVID-19 was identified, China began using Interferon Alpha 2b on people who were infected by the virus, with over 1,500 people improving under the treatment. Cuban biotech specialist Dr. Luis Herrera Martinez explained that “its use prevents aggravation and complications in patients reaching that stage that ultimately can result in death.” Dr. Herrera Martinez is the creator of Interferon Alpha 2b. (tinyurl.com/ur4sa4n)

Martinez asserted, “The world has an opportunity to understand that health is not a commercial asset but a basic right. …  [Cuba] has more physicians working abroad than practically any other country in the world, not because we are exporting anything but simply because we want to participate in building a world with better health conditions and living conditions.”

After the Lombardy region in northern Italy officially requested doctors and medical help from China and Cuba, both sent an emergency contingent of doctors and nurses. The 52-strong brigade arrived at Italy’s Malpensa airport, near Milan, on March 22 as Italy reported 59,139 COVID-19 cases and 5,476 deaths.

This is the sixth medical brigade Cuba has sent abroad in recent days to combat the spread of the new disease, highlighting its revolutionary medical diplomacy.  These brigades are being sent at a time when many Cuban hospitals are facing imperialist-imposed difficulties — they’re unable to buy vital medicine abroad largely due to the blockade of decades-old U.S. sanctions.