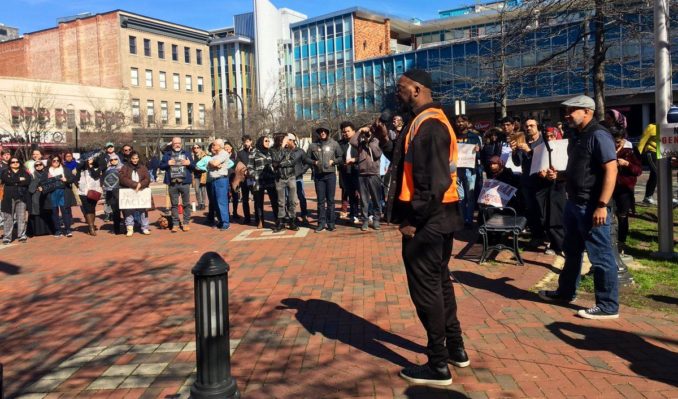 Durham, N.C. – Over a hundred protesters rallied here in solidarity with working-class and oppressed people under attack by right-wing Hindu nationalism and U.S. imperialism on March 1. They demonstrated here to say, “No to Fascism in India; No to Racism at Home” in response to recent anti-Muslim riots throughout Delhi and the invasion of Kashmir. The action, called by Muslims for Social Justice and Movement to End Racism and Islamophobia, was attended by a broad multinational, multigenerational crowd.

Speakers from Muslims for Social Justice, Movement to End Racism and Islamophobia, Black Workers For Justice, Demilitarize! Durham2Palestine, Jewish Voice for Peace, Workers World Party and Democratic Socialists of America drew connections between British colonialism, U.S. imperialism and Hindu nationalism, which all divide working-class and oppressed people based on religion, language, nationality and other colonial divisions.