This article is based on a March 2 national press release.

For the second time in less than three months, the Pennsylvania Department of Corrections has blocked prisoners’ subscriptions to Workers World newspaper. In a letter received at Workers World’s central office in New York City, the DOC announced their refusal to distribute two recent issues of the paper on the grounds that “the publications referenced above imply that striking achieved the inmate’s goal or prison reform. As such, it encourages this type of activity within the prison system.” 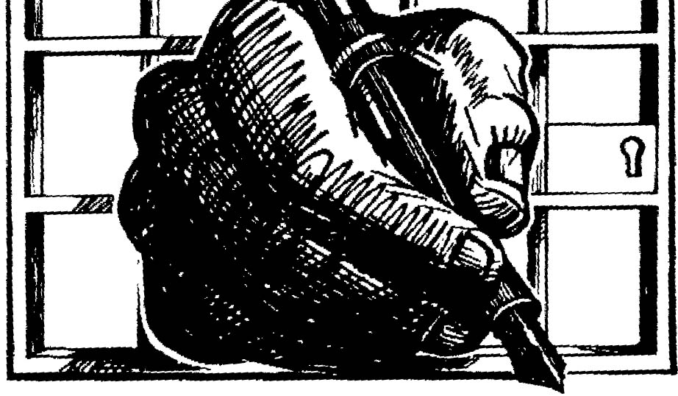 The issues in question (WW volume 62 #6 and #7) contain articles that describe a recent hunger strike carried out by Demetrius Grant, an inmate at State Correctional Institution Albion. In the interview, “Anatomy of a hunger strike: A prisoner speaks,” Grant told WW, “I went on a hunger strike because of the unconstitutional, inhumane and repressive conditions.”

The suicide rate among Pennsylvania prisoners is three times the national average. In 2019, the rate of suicide was the highest in 25 years. These conditions have been exacerbated by the repressive and heavy-handed tactics of the state’s DOC. Rather than address the incredible violence, toxic facilities and mental health crises in prisons, the administration has dedicated its efforts to blocking inmates’ access to reading materials.

Prisoners are well aware of how bad the situation is in the facilities that confine them — prisoners at SCI Albion already know why Dee Jay Grant went on a hunger strike. The inmates there know that an abusive staff doctor who was named in the article has either resigned or was forced to quit.

This rejection of Workers World newspaper is retaliation against prisoners who want to advocate for themselves in the face of dangerous and torturous conditions. A security captain at SCI Albion told Grant two weeks ago that the staff intended to block the newspaper because “It’s giving prisoners too much of a voice.”

In 2017, the Pennsylvania DOC sent a similar letter to Workers World denying the distribution of the newspaper. In it, they said that the publication was blocked because it “contain[ed] articles that call for people to join the fight against white supremacy.”

The state  DOC official who is responsible for that rejection, Diana Woodside, is the same one who has repeatedly blocked Workers World over the past several years.

This constitutes an attack on prisoners’ First Amendment rights, as well as the right of any news publication to cover what is being done to the tens of thousands of people currently being held in Pennsylvania state prisons. Workers World proudly aims to raise up the voice of prisoners, all oppressed people and all readers who are currently incarcerated to receive their subscription completely free of charge.

Dr. Suzanne Ross, a prominent activist and mental health professional, responded to the DOC’s most recent censorship of Workers World: “Prisoners value reading Workers World newspaper. They want information. They need information. The prisons are not providing them with this kind of material. And here’s an organization that is providing it for free. To try to stop that is a clear violation of First Amendment rights, and it is outrageous to block prisoners’ right to education.”

Workers World calls on the DOC to cease rejecting this vital source of news and information for prisoners once and for all. These attacks on prisoners’ rights exacerbate the criminally dangerous conditions the DOC has inflicted on inmates across the state. Time and again the DOC has resorted to more brutal violence and deeper repression, rather than ameliorate the conditions that lead prisoners to strike and voice concerns in the first place.