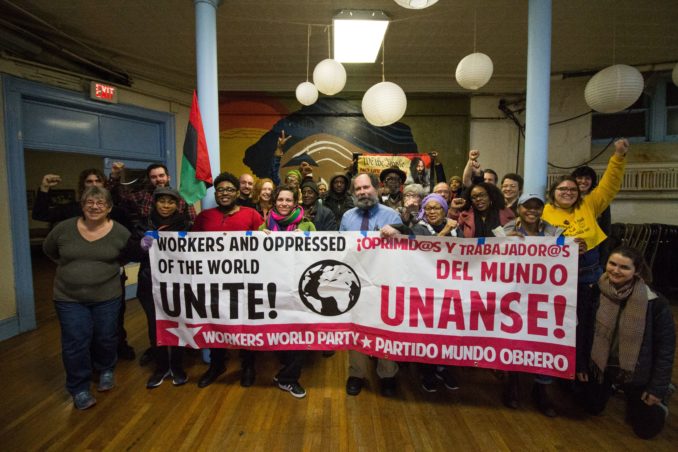 Motema described how capitalist propaganda directed against Black and Brown workers in the belly of the beast parallels the lies told about liberation struggles in the Global South. He laid out how the bosses create a narrative to portray their victims as “violent, lacking in culture and pathologically corrupt.” The capitalists’ narrative also claims that the violence they unleash against people of color is somehow beneficial to them.

Motema cited George Zimmerman’s murder of Trayvon Martin and the U.S. war against Iraq as examples wherein the actual victims were portrayed as the “threat” to their oppressors.

Those attending included MOVE Minister of Confrontation Pam Africa, who received a long round of applause when she introduced herself.  The next session of Anti-Imperialism 101 on the subject of Anti-Imperialism and Gender Oppression will be on March 10.