On Feb. 12, the National Football League reinstated Myles Garrett, a Cleveland Browns defensive end who was indefinitely suspended in November after a fight with Pittsburgh Steelers quarterback Mason Rudolph. 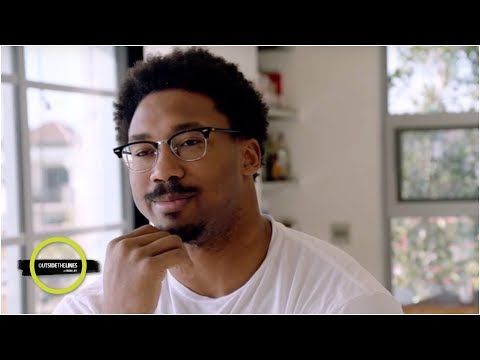 Both teams and a number of their players, including Garrett and Rudolph, were fined after the incident. Two other players, Larry Ogunjobi of the Browns and Maurkice Pouncey of the Steelers, were suspended for one game and two games, respectively.

But Rudolph, the only white player involved in the melee, was not suspended at all.

The altercation began Nov. 14, with the game almost over, after Garrett tackled Rudolph. Video footage shows Rudolph tugging on Garrett’s helmet and going for his groin, after which Garrett pulled off Rudolph’s helmet. In a Feb. 13 interview with ESPN reporter Mina Kimes, Garrett recalled that he only hit Rudolph with Rudolph’s helmet after Rudolph charged Garrett.

What is key to understanding the racist character of the suspensions — and for that matter the NFL —  is Garrett’s recollection that Rudolph also called him a racist slur.

Not meaning for this to be made public, Garrett brought up the slur in a Nov. 20 grievance hearing before NFL Appeals Officer James Thrash. But the NFL then claimed that no audio existed from the hearing to confirm Garrett’s allegation and suspended him indefinitely.

The punishment meant Garrett was not allowed to play for the rest of the season, and if the Browns had qualified for the playoffs, he could not have participated.  Until his reinstatement Feb. 12 by NFL Commissioner Roger Goodell, Garrett was barred from practicing with his teammates.

When someone present at the Nov. 20 grievance hearing leaked the accusation of a racist slur to the media, Rudolph vehemently denied the charge. And Garrett was immediately criticized. The assumption was that if the slur had happened, then he would have made the claim right away and not waited until the hearing, where he was represented by the NFL Players Association.

In the Feb. 13 ESPN interview, Kimes asked Garrett to recall what happened Nov. 14. Garrett then asserted, in a summation of the events leading up to his suspension, that Rudolph “called me a stupid N-word.” He suggested that the NFL does indeed have access to audio to confirm this.

Garrett expressed regret over the assault, but stated his view that conduct off the field, such as domestic violence, should draw harsher penalties than violence that occurs when tempers flare in a heated game situation.

Now Garrett is being criticized for repeating the allegation, even though he only restated the incident after the interviewer asked him about what had happened. If this was part of his experience, how was he wrong to include it?

Rudolph has again denied using the N-word and his legal representatives — California-based sports law specialists Younger & Associates — tweeted: “This obviously was not the first time Mr. Rudolph had been sacked by an African-American player.” (wkyc.com)

In other words, they are claiming that Rudolph can’t possibly be a racist, because if he were, he would already have used the slur against Black players who tackled him in the past.

However, like Colin Kaepernick, Myles Garrett was punished for speaking out against racism.

Garrett’s union fought with him to get him back in the game — demonstrating that every worker, even an extremely well-paid professional athlete, needs union representation.

Now Cleveland Browns players and fans are welcoming back the talented athlete, who was a top defensive player in the NFL before the suspension and played in the 2018 Pro Bowl. One fan tweeted, “He’s Baccckkkkk! Let’s go.”